Concha: Many More Dots to Connect Now on Potential ISIS Attack than Before 9/11

Concha: Many More Dots to Connect Now on Potential ISIS Attack than Before 9/11 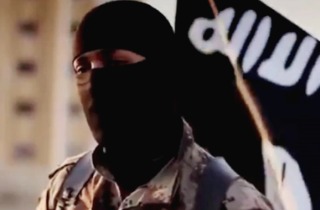 “Bin Laden determined to attack inside U.S.” was the title of the now-infamous two-page memo placed in then-President Bush’s daily intelligence briefing on August 6th, 2001. The report indicated the FBI had uncovered “patterns of suspicious activity in this country consistent with preparations for hijackings.”

The reaction was swift from most of the media: With this intelligence in hand, why didn’t Bush do something to prevent 9/11 from happening? Did he ignore the memo or not take it seriously? How could four planes be hijacked when the FBI told the president this could be happen?

Of course, ignored in all the Monday morning quarterbacking was the part about, “Clandestine, foreign government, and media reports indicate bin Laden since 1997 has wanted to conduct terrorist attacks in the US.” In other words, it’s not like Bin Laden and Al Qaeda suddenly popped on the domestic terror radar when Mr. Bush came into office, nor did the August 6 memo say anything about planes being used as missiles. And at last check, hijackings of civilian aircraft had occurred for over 40 years to that point.

No matter. The 8/6/01 memo’s anniversary is still evoked to this day in some media circles. Just two months ago, Rachel Maddow even had a “Exactly 12 Years Later” retrospective…not to commemorate the 9/11 attacks, but to re-re-re-analyze the memo… to reconnect the dots in hindsight.

Fast forward to 2014. Al Qaeda has now been upstaged by the somehow-more-extreme ISIS (likely because it actually controls large swaths of land in two countries, oil, advanced U.S. weaponry originally supplied to Iraqi military, and is exceedingly funded). Over the summer, ISIS declared it will someday fly its flag over the White House. Even Jimmy Carter now says President Obama took too long to confront the threat. And on Greta Van Susteren‘s program Tuesday night, Rep. Duncan Hunter (R-CA) said that border patrol agents told him at least ten members of the terror group were recently arrested entering Texas from Mexico.

“At least ten ISIS fighters have been caught coming across the Mexican border in Texas,” Duncan told Van Susteren, who appeared appropriately surprised by the claim. “If (U.S. Border Patrol) catch five or ten of them, then you know there’s going to be dozens more that did not get caught by the Border Patrol.”

Note: Hunter’s claim has not been verified officially by U.S. Border Patrol nor Homeland Security. But if confirmed (Update: DHS denies the claim, calling it “categorically false”), it would support statements made in August by the Chairman of the Joint Chiefs of Staff (General Martin Dempsey), who warned “open borders and immigration issues” have made Europeans and other foreigners who have joined ISIS an “immediate threat” to the U.S. domestically.

Throw in an tape by what U.S. intelligence describes as a senior ISIS leader—who for the first time, calls for lone-wolf attacks on the U.S. and Europe–and you have plenty of more dots to connect than what we had in the form of one generally-worded memo five weeks before the 9/11 attacks.

Per the ISIS tape:

“Rig the roads with explosives for them. Attack their bases. Raid their homes. Cut off their heads. Do not let them feel secure…Remove their families from their homes and thereafter blow up their homes.”

– ISIS fighters (at the very least, potentially) coming across a porous border not secured properly for political reasons because an election is coming up next month, with a bigger one on the docket 24 months after that.

– The Chairman of the Joint Chiefs warning an “open borders and immigration issues” pose a serious threat domestically.

– ISIS senior members calling for lone-wolf attacks–the kind we witnessed in Boston in 2013–which are relatively easy to plan and difficult to stop (but not impossible), particularly if those carrying them out don’t mind dying in the process.

– All of this happens as the U.S. appears helpless to halt even the march of the ISIS army, as American airstrikes have done little to stop them in Syria if losing the battle for the key Kurdish town of Kobani is any indication (U.S. officials now say the town will fall into the hands of ISIS despite said airstrikes, a critically-symbolic blow).

According to intelligence estimates, its members are 30,000+ and growing.

Our borders allow relatively easy access into the country. And some ISIS members are Westerners and even American…who own passports to enter legally, anyway.

If all the dots above are any indication, that feeling of insecurity appears justified.

Questions are: Are we really going to do anything about it? Or just lament what we didn’t do in hindsight?