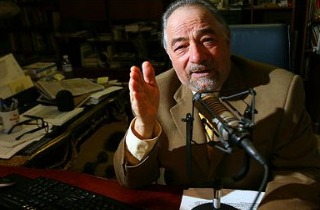 Michael Savage, conservative radio host, told host Aaron Klein Sunday, “We need a nationalist party in the United States of America.” The Tea Party, he said, isn’t cutting it: “They need to restructure their party. They need a charismatic leader, which they don’t have.”

Savage went on to underscore the notion that the Tea Party isn’t as strong as it could be because of a lack of leadership. “When you say Tea Party no one knows who the leader is because there is no leader,” he said. “No man has stepped forward who can lead that party.”

Unfortunately for Savage, he doesn’t think he could take the helm. He believes the role will require “enormous resources and enormous energy,” which he doesn’t have at his age.

The new party, he said, needs to be united:

“Somebody has to bring them all together, unite them like King David did the ancient tribes of Israel. And there is no King David out there. Who’s the King David? Tell me who is going to do it?”

Saved blasted the current Republican party, calling it an “appendage of the Democrat machine.”

“It’s a game being played against the American people,” he said. “You’ve got the drunk Boehner on the one side, and the quasi-pseudo-crypto Marxist on the other, who is really just enjoying the ride in Hawaii right now, representing his factions.”