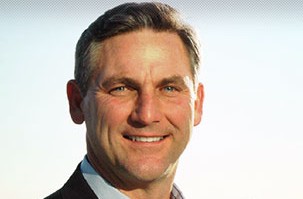 “I will not let Fox Sports trample my religious liberty,” James said in a statement. “Many people have lost their jobs because of their faith. Sadly, countless are afraid to let their bosses know they even have a faith.”

James ran for the Texas Senate seat that was eventually won by Ted Cruz in 2012. “People choose to be gay…” he said during the Republican primaries. “I think its a choice, I do. Same sex marriage, if someone chooses to do that, that’s done. And God’s going to judge each one of us in this room for our actions.”

Months later, James was hired by Fox Sports Southwest. But just one day later, he was fired. “We just asked ourselves how Craig’s statements would play in our human resources department,” Fox Sports Southwest communications staffer Lou D’Ermilio said. “He couldn’t say those things here.”