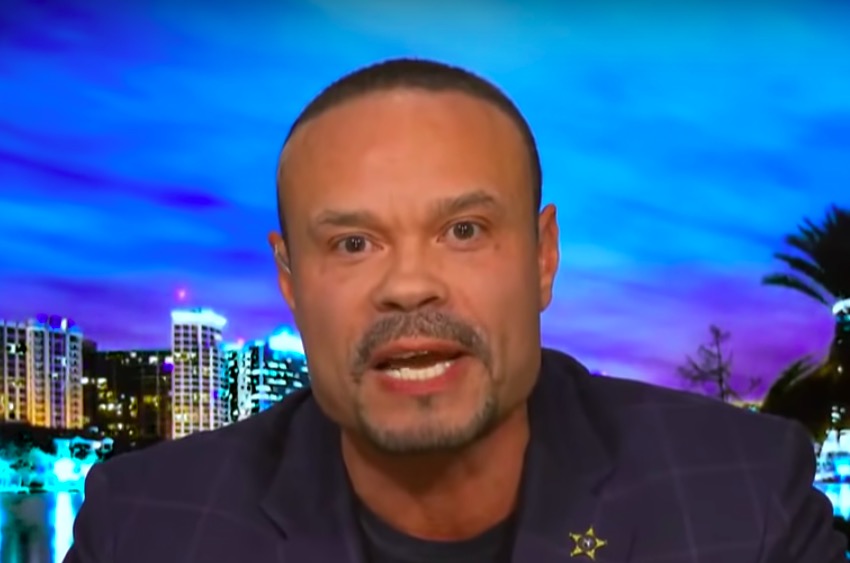 Fox News contributor Dan Bongino had a very on-brand Twitter meltdown Thursday after a reporter tweeted that the New York Times added an asterisk to his new book on their best seller list. That asterisk, known as a “dagger,” noted that Bongino’s latest pro-Trump hagiography is the benefactor of a bulk sale.

When a book receives a bulk sale, that typically means an organization — nonprofits, advocacy groups, or political conferences — submitted a mass order to give out copies to members or clients, thus somewhat artificially boosting the book’s sale numbers. A recent example of this practice was first-son Donald Trump Jr., whose 2019 book Triggered was purchased in a mass sale by the pro-Trump youth organization Turning Point USA, whose offices were then filled with countless unopened and unread boxes of the work.

The Times best seller list includes a disclaimer — in the form of a asterisk — to address this sales gimmick: “When included, such bulk purchases appear with a dagger.”

Much to the outrage of the author and thrice-failed congressional candidate, Young Turks host John Iadarola noted that the Times added such an asterisk to Bongino’s Exonerated, tweeting that while the book “debuted at #12,” it was hit with “the dagger symbol indicating that the only way it got there was bulk purchases, likely by right-wing think tanks. It’s a ‘best seller’ by only the most artificial, dishonest, and technical definition.”

Dan Bongino’s new book debuted at #12, with the dagger symbol indicating that the only way it got there was bulk purchases, likely by right-wing think tanks.

It’s a “best seller” by only the most artificial, dishonest, and technical definition. pic.twitter.com/NtSkp3VJpt

Bongino responded by exploding with rage.

“You’re a zero, a liar, a fraud, and a disgrace to your family, friends (if you have any), your neighbors, your parents and planet earth. It’s garbage like you that makes the world worse. You’re the reason sane people revile liberals and their love affair with lying,” Bongino fired back at Iadarola, who replied by suggesting that the author “take it up with the list. They put the dagger there, not me.”

“Also, can we agree that it’s pretty sad that you temporarily unblock people to whine at them before blocking them once again?” Iadarola added.

The exchange between the two continued and Bongino became increasingly mad:

Is this satire or something? You can’t honestly think that that childish tweet is… what? Masculine? Tough? How old are you?

You’re in what I can only hope for your sake is the tail end of a social media meltdown. I don’t know what you think you’re accomplishing with these emotional outbursts but it isn’t pretty.

To escalate the beef, Bongino vowed to write “a check for $10,000 tomorrow if you can provide evidence that our 46,000+ sales in just a few months were due to ‘bulk sales.'”

Bongino, who is a 45-year-old man, then tweeted the following, before blocking Iadarola and retreating from the back-and-forth:

“Take your medicine chump. I know it must be hard to get REKT. But you’re a liberal and therefore you’re probably used to lying and then being coddled and celebrated for it. Back to the basement chump. Ya got REKT.”

I was in the middle of responding to him when he blocked me again, which according to his logic makes me a coward. Somehow. pic.twitter.com/53yFrTSzXU