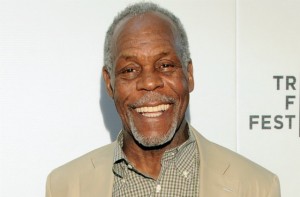 The liberal Krugman is not really a big Sanders fan, having written days ago that Sanders himself is sounding more and more like the much-derided “Bernie bros.” And just last Friday, Krugman expressed his outrage at the “Palinesque” way Sanders is writing off the South.

Sanders has dismissed Clinton’s wins in the South by saying he wasn’t expecting to do well in a pretty conservative area, and Krugman noticed something a bit racial in that:

Mrs. Clinton didn’t win big in the South on the strength of conservative voters; she won by getting an overwhelming majority of black voters. This puts a different spin on things, doesn’t it?

Is it possible that Mr. Sanders doesn’t know this, that he imagines that Mrs. Clinton is riding a wave of support from old-fashioned Confederate-flag-waving Dixiecrats, as opposed to, let’s be blunt, the descendants of slaves? Maybe. He is not, as you may have noticed, a details guy.

That, coupled with the Sanders campaign’s latest arguments about the delegate fight, led Krugman to ask, “Can you imagine Democratic Party insiders deciding to deny the nomination to the candidate who won the most votes, on the grounds that African-American voters don’t count as much as whites?”

Well, Glover––one of Sanders’ many big celebrity surrogates––wrote a piece for The Huffington Post today calling this “nonsense”:

The white voters who would vote for a progressive, populist candidate like Sanders are lacking in the Democratic primaries in Southern states. This is a reasonable observation and does not imply in any way that African-American voters are not “real Democrats.”

Glover wants Krugman to apologize for extrapolating that kind of extreme conclusion from Sanders’ remarks, saying, “It’s not surprising that Krugman has to go to such great lengths to discredit Bernie. Someone who has been in politics for 40 years and has no dirt on him.”