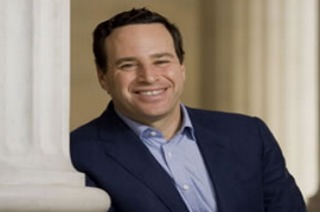 The Daily Beast blogger and CNN contributor David Frum announced on Monday that he was signing off from his blog in that space for the rest of the summer and “for some time to come.” His strong and unique voice in the realm of political commentary will be missed. Frum’s last blog post unintentionally reveals why his insightful commentary and spectacular eye for talent in the field of political blogging has made an indelible mark on the nation’s editorial culture. However, the post reflects a tone deafness that has become a hallmark of Frum’s blogs in recent years. He accepts at face value many of the Democratic Party’s insincere prescriptions for the GOP’s success. Furthermore, a number of those prescriptions are not supported by the facts.

Frum leaves his audience with several key points which he thinks will lead to the Republican Party’s ultimate triumph. If they are ignored, he warns, the party will enter a dark period of virtual irrelevance.

Take aside the fact that he regularly praises “conservative reformers,” a term which has become a moniker applied to opinion writers who spend the majority of their time criticizing Republicans and the values which tie the party’s disparate groups together. Let’s focus instead on the policies which he says the GOP should adopt, since a lack of a policy-centric focus is his primary criticism of the Republican Party in the first place.

Not all of Frum’s advice is a pious nod to Beltway dogma. He warns, smartly, that if the GOP’s answer to all of the nation’s problems is some combination of tax credits, the party will fail to appeal to a broader segment of the population for whom tax cuts are not enticing. Likewise, Frum warns the GOP against clinging to the notion that President Barack Obama is the worst American chief executive since Franklin Pierce. This is inspired advice.

He goes on, however, to take up the banner furled long ago by Occupy Wall Street – the cause of “income inequality.” This is not the conceptual acknowledgement that incomes differ across the spectrum of employment opportunities and abilities, but the lamentation that incomes differ at all. “The whole immigration debate, for example, is premised on the assumption that the only interests that matter are the interests of the employers of labor,” Frum writes. No, it’s not.

If one has ever listened to Sen. Marco Rubio (R-FL) pitch immigration reform, and a political writer would have had to be living in a hole for the last year to have missed it, one would know that the senator’s pitch has centered on the system’s failure to provide working visas and guest worker programs for agricultural laborers – e.g. the lowest paid and least visible sector of American society. The extent to which immigration reformers have focused on employers is as a means of border enforcement — itself a suspect pursuit among Washington D.C. insiders.

“Conservative reformers should make their peace with universal health coverage. It’s the law, and it won’t be repealed,” Frum declares. At this point, he has simply lost his conservative audience – and just about anyone paying attention to the law’s rapid implosion as implementation ramps up in earnest.

Frum does not dwell on this point because there is not much to back it up. At a time when the Democratic leadership in the Senate are calling the law they championed a “train wreck,” at a time when labor unions are calling for the reform or even outright repeal of the law, there is little evidence to support the assertion that the GOP should “make their piece” with the law.

As the 2014 election cycle accelerates, Republicans vying for office would be remiss if they did not campaign against this ill-conceived leviathan. Indeed, only in the Beltway could a commentator see a pitfall in campaigning against a law which is persistently unpopular and is denounced by both liberal and conservative leaders.

Read the post. Read Frum in general – he’s an insightful commentator who has birthed the careers of many stellar reporters, pundits, critics, and political professionals. His voice will be missed and I, for one, hope he returns to his blog soon. But he would benefit from a trip to the hinterlands where grandiose think tank policy proposals are anathema. There, he might see what GOP campaign professionals see when they are tailoring campaigns for the upcoming 2014 cycle.

After a long trip beyond the Acela Corridor, Frum might understand why reforming the health care law is a priority and immigration reform is not.