Dentist Who Shot Cecil the Lion Defends Trophy Kill: ‘I Had No Idea’

Dentist Who Shot Cecil the Lion Defends Trophy Kill: ‘I Had No Idea’ 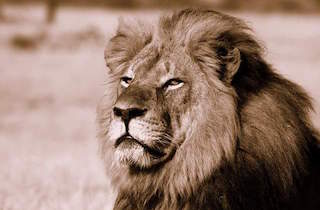 A Minnesota dentist named Walter James Palmer was revealed Tuesday morning as the killer of Cecil the Lion, a beloved lion in Zimbabwe’s Hwange National Park. Palmer claimed this afternoon he had no idea what animal he was shooting.

Per CNN the lion was “part of an Oxford University research project and wore a GPS collar,” and was also a major hit with locals for his friendly personality. He was killed and skinned this summer after being “lured out of a national park with food, shot with a crossbow, tracked for 40 more hours, then finished off with a gun.”

“He never bothered anybody,” a spokesperson for the Zimbabwe Conservation Task Force said. “He was one of the most beautiful animals to look at.”

After the Telegraph revealed his identity this morning, Palmer became the scourge of social media, with outrage especially directed at the Yelp page for his dental office.

Later on Tuesday Palmer defended the kill, saying he was ignorant of Cecil’s identity or stature in the community:

We just received this statement from Dr. Walter Palmer, accused of killing Cecil, the lion. "In early July, I was in…