Disney/ABC President Stepping Down to ‘Learn the Art of Directing’ 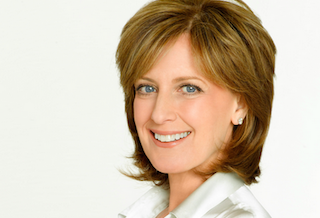 Anne Sweeney, the co-chair of Disney Media Networks and president of Disney-ABC Television Group announced she is leaving the company in a Tuesday letter to colleagues, obtained by Mediaite. Sweeney said she is stepping down from her executive role to “learn the art of Directing,” adding, “I knew I had to listen to that nagging voice, because ‘if not now, when?’”

“As many of you know, I’ve had the incredible honor of working at The Walt Disney Company, and with many of you at the Disney/ABC Television Group, for the past 18 years,” Sweeney wrote. “These years at Disney have been the highlight of my executive career. I’ve been a part of an amazing evolution in our business and our industry, and with the help and support of all of you, have achieved far more than I ever thought possible.”

“But as wonderful as the experience has been, there has always been a nagging voice in the back of my head pushing me to step out of the comfort zone of the executive ranks and more directly into the creative arena that enticed me to TV in the first place more than 30 years ago when I started as a page at ABC,” she continued. “I already have the best executive job in television, so I knew that if I was serious about making a change, it would have to be a radical one.”

Rather than sign another multi-year contract, Sweeney opted to stay in her position through January 2015 only before moving on to pursue her “long realized dream” of becoming a TV director.

According to sources, ABC News president Ben Sherwood has been mentioned as a contender for the job, which oversees ABC Studios, the ABC Owned Television Stations Group, and the ABC Television Network, along with cable properties like ABC Family and A&E and the online-streaming site Hulu.