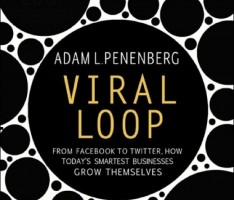 Which is more likely to make you buy a book: a glowing writeup from a published book reviewer, or a bunch of four- and five-star Amazon ratings? Adam L. Penenberg, whose book Viral Loop explores social media and crowdsourcing, thinks with some empirical justification that it’s the latter. In a Fast Company column, he charts the declining influence of professional book reviewers, a shrinking group who are often agenda-driven. Exhibit A: the New York Times reviewer who dissed his first book.

In my case, business reporter Alison Leigh Cowan of The New York Times wrote an over-the-top, scathing review of Spooked, in which she not only attacked the book, she questioned my ethics, because I refused to cooperate with the Justice Department, which was threatening to subpoena me so I would out a confidential source at a grand jury hearing and potential trial. I quit Forbes where I was a senior editor because the magazine’s lawyer was pressuring me to work out a deal with prosecutors. Who was the source? He–along with his minions–had hacked nytimes.com, replacing Times content with their own, which was largely obscene and highly critical of tech reporter John Markoff. (History buffs can read up on the incident here , here, here, and here.)

Not only did Cowan have a conflict of interest because The New York Times–and one of its best-known reporters–had been attacked by the person whose identity I was protecting, she was friends with a top Forbes editor who never forgave me for taking my battle with the magazine public. According to those who witnessed it, the editor danced in the hallway the day the review came out.

Penenberg doesn’t dispute the fact that online reviews are biased too, but he holds out hope that the sheer number of reviews gives the biases room to cancel each other out. Positively biased reviews by family and friends are tempered by negatively biased reviews by enemies and trolls, and with a healthy stock of unbiased reviews floating around as well, equilibrium will hit somewhere in the middle. He does mention, quoting a study by Yale economics professor Judith Chevalier, that “while positive reviews increase a book’s sales and negative reviews dampen them, ‘the impact of 1-star reviews is greater than the impact of 5-star reviews.'”

His pithy conclusion? “Cowan wasn’t reviewing the book. She was settling a score. And so do many of those littering book pages on Amazon with 1-star reviews. The difference is that these Amazon evildoers really do dampen book sales. Cowan’s ax job probably didn’t.”

The witty, light tone of Penenberg’s piece doesn’t take away from the weight of the shift he’s documenting. Book reviewers are an especially vulnerable flank of the media establishment, but all cultural critics are subject to the same logic. In the age of Rotten Tomatoes and Metacritic, what individual film or music critics matter? Why bother with the incomplete catalogue and glacial pace of printed restaurant reviews when there’s Yelp?

The sanest answer to this line of questioning may be that for the new critics, voice, tastes, and style matter much more than definitiveness of opinion, which can always be crowdsourced away. Which means that as those jobs continue to vanish from newspaper and magazine payrolls, the survivors, ironically, will come to resemble the opinionated bloggers they used to pooh-pooh.