‘Dumb Starbucks’ Coffee Shop is All the Rage in LA

If you happened to be in the Los Feliz neighborhood of Los Angeles yesterday, you may have seen a line of hipsters stretched down and around the block, all waiting to get into a strip mall storefront that looked like a Starbucks, but was something completely different. Upon closer inspection, this was “Dumb Starbucks,” a very deliberate “parody” of the popular coffee chain, giving out free coffee and pastries to anyone who had an hour or two to wait in line.

According to a Frequently Asked Questions flyer posted on the door, the people behind “Dumb Starbucks” are using “parody law” to get around what appears to be blatant copyright infringement. “By adding the word ‘dumb,’ we are technically ‘making fun’ of Starbucks, which allows us to use their trademarks under a law known as ‘fair use,'” the notice reads. 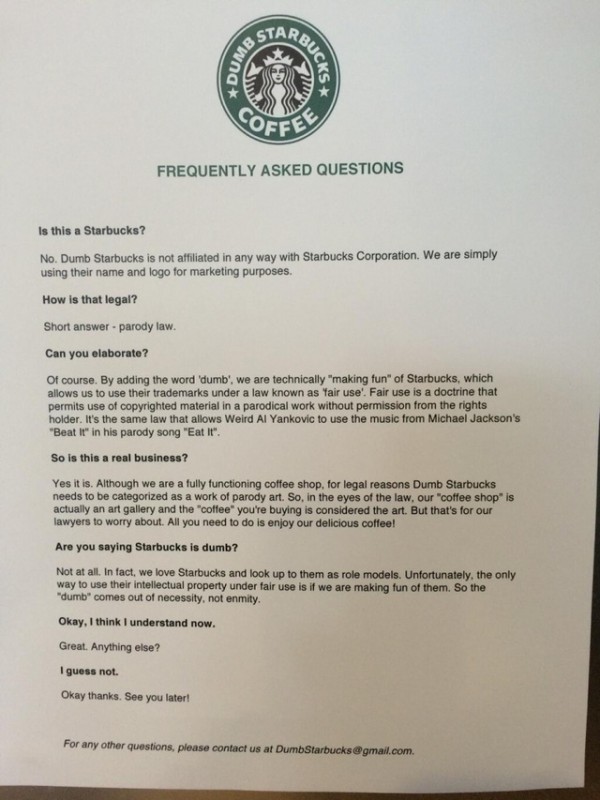 It goes on to describe the coffee shop as more of an “art gallery” in which the coffee you are buying is the art. For the short term at least, the store is giving away coffee. And while the menu has all varieties of “dumb” Starbucks-esque beverages, for now they are only distributing “Dumb Iced Coffee” and “Dumb Lattes.” 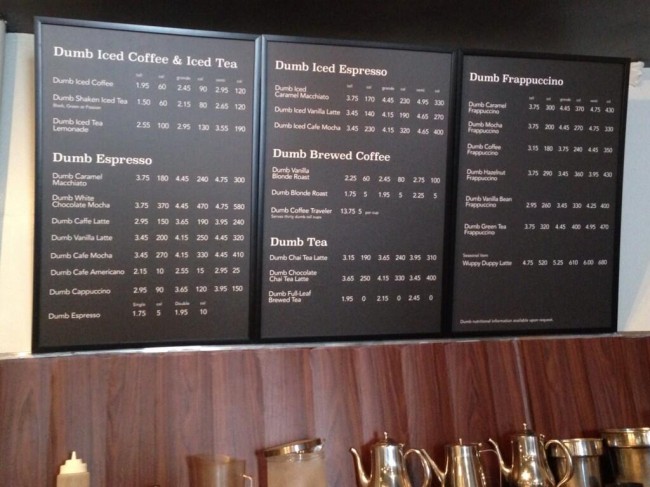 Reached for comment by The Hollywood Reporter, Starbucks representative Megan Adams said, “We’re aware and this isn’t a Starbucks location and we’re looking into it.”

“Dumb Starbucks” feels like the kind of ephemeral LA project that can only last so long before shutting down, whether on its own or by some sort of legal injunction. So if you want to check it out for yourself, you should probably get over the 1802 Hillhurst Avenue soon.