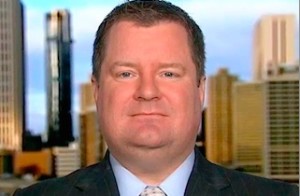 The conservative blog RedState will soon be under new management, as Erick Erickson is reportedly getting ready to step aside for writer Leon Wolf to take over as the site’s managing editor.

Erickson announced the switch with a post on the site today, saying that it was a timely leave due to his responsibilities to “a new book coming out early next year, seminary, and more and more radio obligations.” Erickson also wrote that his original plans for Wolf were to make him a fill-in host for Salem, but that now he’ll be able to fill the void.

Several indications have suggested Erickson’s imminent departure in recent months, some of which coming from Salem Media Group, the agency that owns the site and numerous other right-leaning media programs and entities. The Huffington Post’s report noted how Erickson did not participate in the coverage of the first Republican debate, and suggested that he might be leaving in order to do more radio work for Cox Media Group.

The Post also included a message reportedly sent to them from Townhall Media general manager Jonathan Garthwaite, confirming the departure. The memo thanked Erickson for his years of contributions to conservative ideals, while anticipating great expectations once Wolf takes over.

“RedState has been a labor of love of Erick’s for over 10 years and it has been an immense pleasure to work with Erick over the past two years since we acquired RedState,” Garthwaite wrote. “We cannot thank Erick enough for his leadership and tireless effort and really look forward to being allies with Erick fighting for the conservative ideals we share.”