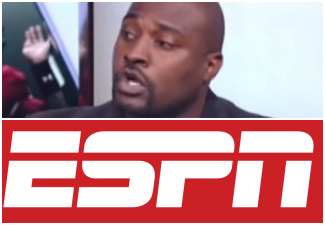 The ESPN I knew growing up was basically the coolest channel ever. You had Dan Patrick and Keith Olbermann–arguably the top television anchor pairing ever regardless of genre–steering SportsCenter (which they dubbed The Big Show) with the kind of biting wit, chemistry and intelligence all wrapped in the kind of perfect delivery that never existed before and has only been poorly imitated since.

And SportsCenter was seemingly everywhere on the network…morning, night, 3:00am…didn’t matter. Remember, this was a time (80s/90s) when seeing highlights of a game you may have missed (or just had to see again) was ESPN’s complete and dominant domain. Live sports, highlights and repeated sports programming was the Worldwide Leader’s bread and butter, and the network has become the most successful network (if we’re talking revenues) in TV history as a result.

But then at the turn of the century and particularly since 2010, content (video) became truly mobile. At first, watching highlights on a computer was an annoying, avoidable process. The pipe and bandwidth–the smooth delivery means we know today–just weren’t there consistently. In 2015, it’s almost never an issue. More importantly, the delivery is as clear as absorbing on a TV at home. Watching anything–sports, news, shows–anywhere, anytime is an afterthought…thereby making programs like SportsCenter almost an afterthought as well. Not only can we watch when we want, we can even narrow down the highlights to only the teams we care about (or in some cases for many who “care”, what teams were invested in that particular day).

So without SportsCenter being appointment viewing, what’s an ESPN to do? Well…the same thing and following the same trend we see cable news doing: turn to perspective and opinion to help fill the hours. It really is the same concept for Fox, CNN and MSNBC as it is for ESPN, FS1 and FS2: We already know what happened–news, a game, controversy–thanks to reading about it online or watching it on our phones. What audiences are thirsting for is an opinion on the who, the what, the how and the why. The last item–the why–is where reckless speculation invariably rears its ugly head, as we saw with ESPN’s Marcellus Wiley this week.

As we told you yesterday, Wiley–an African-American and former NFL player–accused Notre Dame head coach Brian Kelly of racism after shoving a black assistant coach (David Grimes) on the sidelines during a tight game on the road against then-undefeated Temple. Short version of what happened: Grimes was arguing with an official over a call and Kelly feared it would result in a penalty. Note: Coaches (of any race) going after other coaches (of any race) or players (of any race) on the sideline isn’t exactly a new thing in football on any level. It’s a heated sport. People lose their cool. Some exhibit anger (think Mike Ditka) more than others (think Tom Landry as classic examples). Kelly–a hothead coach of 24 years with no racist history at several different schools–was wrong for shoving a fellow coach and stated afterward he regretted it. Nothing to see here…

But instead of watching the tape and not getting sucked into what is all the rage in cable news these days (seeing everything through a prism of race), Wiley simply jumps to this-must-be-a-black-white thing.

“This is racial. You know I don’t like to play the race card, but I’m going to go here on this one,” he said. “When you see a black coach getting emasculated basically, undermined on the sidelines, when he’s a coach with authority over those players, they’re going to say, ‘Huh, there are very few images and likenesses of a black player with the position of authority on the coaching staff.’”

Does Wiley cover Notre Dame on a weekly basis as a beat reporter? Nope. Would he even know who the assistant involved was if he fell on him? Nope. Does he know what the relationship between Kelly and Grimes is? Nope. More importantly, did Wiley even bother to look at the rest of the sequence when Kelly also pushes a white assistant coach and wraps his hand around his shirt while being talked off the ledge? Nope. Or perhaps he did but chose to ignore it…because that would upset the sensational narrative Wiley already concocted…with dreams of more Twitter followers and guest spots on cable news (showing he’s much more than just a sports pundit) dancing in his head.

The hosts of the show Wiley shared his viewpoint on (SportsNation), on cue, agreed with Wiley. One of those hosts is Max Kellerman, one of the bigger clowns in the industry right now. You may remember Kellerman from his pseudo-defense of Ray Rice, who–only days after that elevator footage of Rice knocking out his girlfriend got out via TMZ–decided it was a smart idea to share a story about that time when he got very drunk along with his then-girlfriend and punched her after she went after him. ESPN promptly suspended him, a punishment the network is particularly accomplished at via the practice-makes-perfect rule.

“Are we post-racial? Obviously we’re not. Is everybody the same or not? The answer is no. Our country’s history does play into something like this,” Kellerman explained. In a related story, Max is also a boxing analyst for HBO and ESPN.

As for David Grimes, here’s his bio (per ESPN) to help illustrate how he’s navigating the allegedly-racist waters of Notre Dame football:

Grimes, a former Notre Dame captain who played receiver for the Irish from 2005 to ’08, joined Notre Dame in 2011 as a player development intern before being promoted to his current role as a strength and conditioning coach in 2012.

Marcellus Wiley failed to mention all of those little tidbits as well. He also didn’t bother addressing this confrontation that occurred two weeks ago between a large black player (the Cowboys Greg Hardy) and a little white Dallas assistant coach (Rich Bisaccia) racism isn’t. Quick review: Hardy slams a clipboard out of Bisaccia’s hand after the Giants return a kickoff for a touchdown. Hardy then pushes the coach before the coach finally pushes back. Not a word out of Wiley on that situation, which was also simply a case of tempers flaring near the sideline of a violent sport; the color of those involved–again–is completely irrelevant.

Yup…this is what happens in a race-obsessed opinion media these days. Take a situation that has happened hundreds of times before and turn it into another example of our inability to exist in a post-racial society. Or something.

ESPN used to be the coolest channel on the dial. That’s when sports news and highlights ruled the rundowns.

But in the new world of anywhere, anytime live games and highlights, the sports juggernaut follows the lead of cable news and turns to POV programming to fill the hours instead.

And when that happens, we analyze the “why” by jumping to conclusions and creating controversy when none exists. Exhibit A this hour is Marcellus Wiley, who has a fine future in cable news or at the New York Daily News if the whole sports thing doesn’t have enough material to exploit.