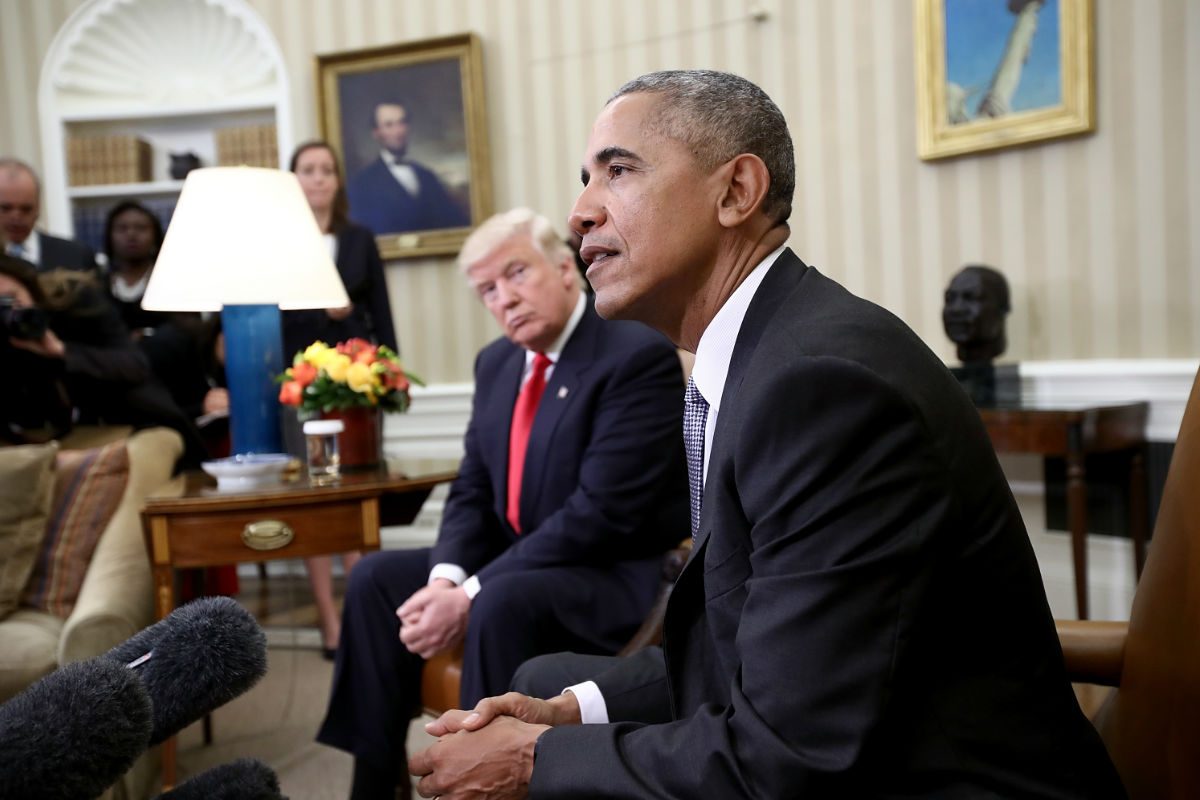 You may have heard once or twice about the way former Obama White House photographer Pete Souza throws shade at President Trump with the occasional throwback photo from the Obama era.

Glad he only tweeted out facts with his device.

Cosmopolitan has a big list of more examples here, and more recently Souza shared a photo of President Obama with John McCain after the White House declined to apologize for an aide’s nasty comment about the ailing Arizona senator:

They competed against one another during the 2008 Presidential election. And yet they respected each other. As politicians. And as human beings. President Obama would certainly never have tolerated a deplorable comment against John McCain by a commissioned officer on his staff.

Now Souza is bringing his study in contrasts to book form. He announced on Instagram today he is working on a book titled SHADE: A Tale of Two Presidents.

“Like many of you,” he writes, “I have been distressed by the barrage of lies and hateful comments emanating from the current administration on a daily basis… Since President Obama left office, I have been posting photographs and captions here that juxtapose his presidency with the current one. I do this not as a partisan hack, but as an American citizen concerned about the future of our democracy because of our current president. My commentary on Instagram has been subtle, sometimes humorous, and certainly more respectful than his commentary on Twitter.”

The purpose of the book is to “vividly show where we are as a country contrasted with where we were.”