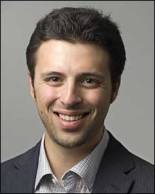 And the Journolist story has come full circle.

Breaking his silence on the leaks and eventual resignation of his colleague Dave Weigel, Ezra Klein announced the end of Journolist – even though no one on it “did anything wrong.”

Journolist is done now. I’ll delete the group soon after this post goes live. That’s not because Journolist was a bad idea, or anyone on it did anything wrong. It was a wonderful, chaotic, educational discussion. I’m proud of having started it, grateful to have participated in it, and I have no doubt that someone else will reform it, with many of the same members, and keep it going. Hopefully, it will lose some of its mystique in the process, and be understood more for what it is: One of many e-mail lists where people talk about things they’re interested in. But insofar as the current version of Journolist has seen its archives become a weapon, and insofar as people’s careers are now at stake, it has to die.

The entire post goes into detail about the history of the listserv, started in 2007, and includes one other interesting wrinkle: “A few weeks ago, [Daily Caller] editor, Tucker Carlson, asked if he could join the list.” (The list said no.)

For the full backstory, here are our columnist Michael Triplett‘s reports:

• FishbowlDC Defends Publishing Weigel Emails: “We Have A Vested Interest”

And from way back (Politico):

• JournoList: Inside the echo chamber