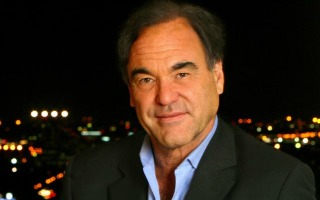 Producer and director Oliver Stone spoke with Politico about his new book with historian Peter Kuznick, The Untold History of the United States, in which he argues that, in some ways, Obama took a bad situation going into the first term and “made it worse,” particularly where, as they argue, a growth in militarism and lack of government transparency are concerned.

“It’s scarier,” said Stone. “I grew up under Eisenhower … and it’s gotten scarier because of the Bush and Reagan people and now I find Obama scary in a way that I had not done in 2008.” Stone cited reports of American drone attacks in Yemen and Pakistan as examples, as well as the president’s so-called “kill list.”

“The president, himself, has become judge, jury and executioner around the world,” said Kuznick.

Both men, however, view Obama as a leader with a “heart” and “potential” who might need to be, as Kuznick puts it, “pushed” in a different direction. “But what follows him?” Stone asks, concerned for the precedent being set. “He’ll be out of office in four years. Who’s going to be in office in 2020 when the weapons are worse? If another administration comes in like the Bush or Romney administration, what’s to prevent them from using these weapons in a far more sinister way?”

Nonetheless, Stone previously revealed that he voted early for the President, explaining that Romney would only have encouraged “more militarism.”