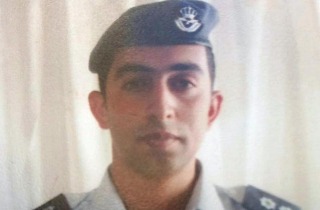 Baseball has an old and fast rule regarding umpiring: If an ump is making questionable calls around balls and strikes but is consistent in terms of the parameters of his strike zone, pitchers and batters on both sides can’t have a problem with it.

In media, editorial decisions are much like umpiring: Just keep it consistent. So when the news broke that Fox News.com (and later, TheBlaze) had decided to air the full 22-minute-plus video recorded and produced by ISIS, the first question that popped into my mind was this:

Did either outlet also place the killings (via beheading) of Americans James Foley and Steven Sotloff at the hands of ISIS on its website as well?

The answer is no.

So while a very strong case can be made for posting the absolutely horrific video of Jordanian pilot Muath al-Kasaesbeh online in an effort to present the reality of Islamic terrorism, the questions are: Why now and why this particular execution? Fox News Executive Vice President and Editor John Moody wrote the following in a statement earlier:

After careful consideration, we decided that giving readers of FoxNews.com the option to see for themselves the barbarity of ISIS outweighed legitimate concerns about the graphic nature of the video. Online users can choose to view or not view this disturbing content.

And here’s how Glenn Beck explained his outlet’s decision: “Jews, gentiles, straight, gay, black, white, western, eastern, atheist, Christian or Muslim — it is time you recognize what you are up against, look it square in the eye and call it by its name: evil and a plague on mankind.”

Moody’s and Beck’s reasoning is sound and half the country likely agrees with them. But it’s impossible to ignore their inconsistency when it comes to these kind of decisions, once Foley and Sotloff are brought into the equation.

Note: YouTube has already taken down the video. No other cable outlets outside of TheBlaze are showing it in this capacity. This isn’t Charlie Hebdo, where the line was almost evenly split between those who would the first cover post-attack featuring a benign image of the Prophet Muhammed (with the caption, “All is Forgiven”).

In that case, CNN, NBC, NPR and ABC, among others, wouldn’t show the cover for various reasons, along with The New York Times, Daily Mail and Associated Press on the print side. Fox, CBS News, the BBC, Germany’s ARD and the Australian Broadcasting Corporation, however, did show that cover, as did France’s Liberation, The Guardian in Britain, The Wall Street Journal, Washington Post, Mediaite and USA Today. Obviously, there was some debate with Charlie Hebdo. But with this ISIS video showing Mr. al-Kasaesbesh being burned alive in a cage, Fox and TheBlaze stand alone.

Bold move? Completely irresponsible? If the online debate now exploding is any indication, this is as evenly polarizing as it gets. Sometimes there’s no right or wrong answer to tough editorial decision like the one Fox made this morning: Some are arguing that it only helps ISIS achieve its goal to spread fear and enhance recruitment. Others say it will serve as a serious wakeup call to Americans and those around the world in graphically illustrating the very real barbarism and savagery of ISIS in an effort to mobilize a true international effort against it.

To air or not to air? If Fox and TheBlaze called a consistent game behind the plate, the decision wouldn’t be as scrutinized as we’re witnessing. But to avoid Foley and Sotloff — along with all other journalists and aid workers who have been beheaded since August — their decision feels more arbitrary than anything else.