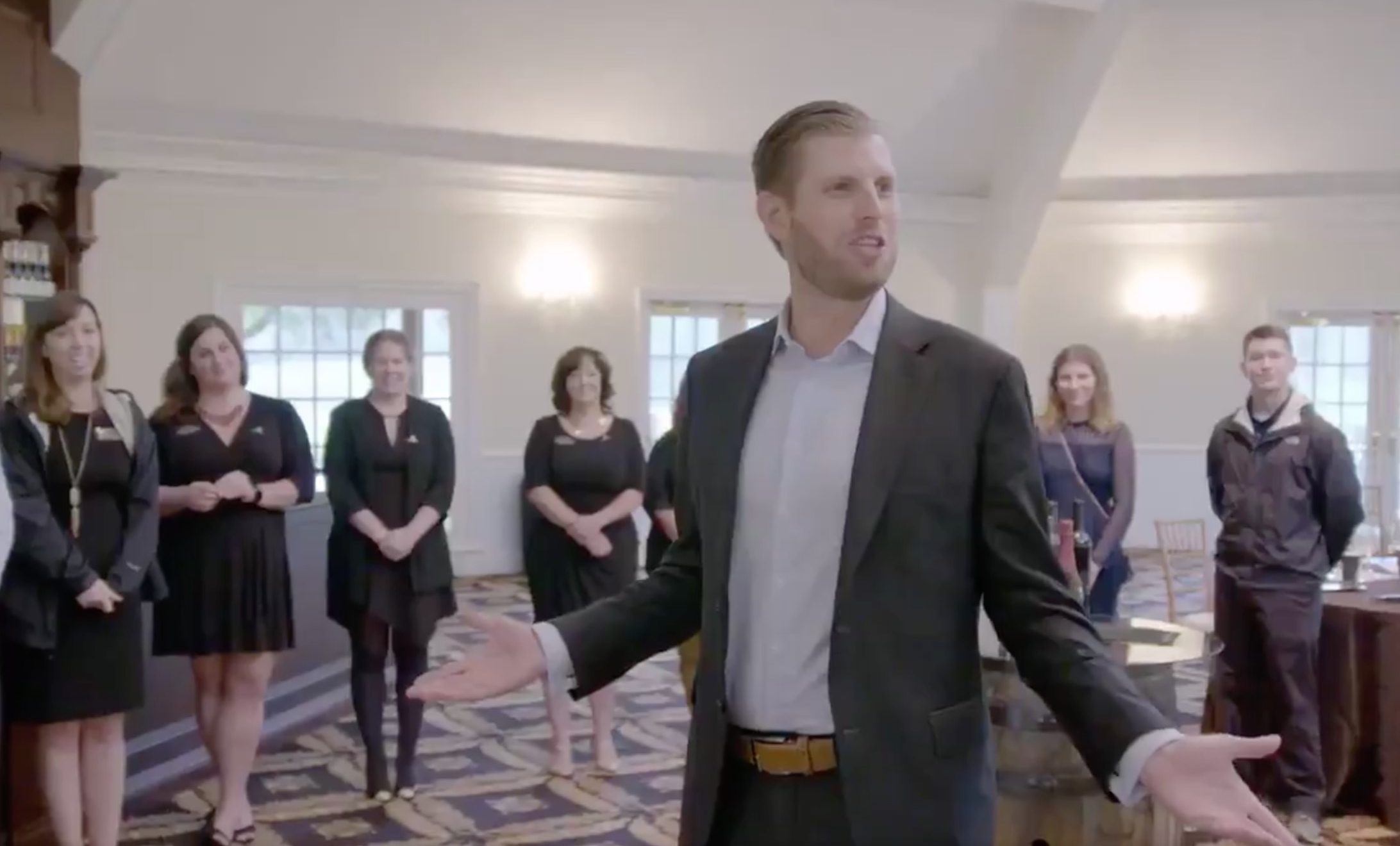 In a dramatic teaser released to promote The First Family — an upcoming series from Fox Nation, the new opinion streaming arm of Fox News — Maria Bartiromo speaks with Eric Trump on life and his father’s administration.

But upon watching the video clip, the show looks more like a North Korean, propaganda-style promotion of the son and his winery, with the added flair of a cinematic music bed. Among Mediaite’s editors, the footage drew comparisons to an ad for Sandals’ Montego Bay resort and the theatrics of promos for Thai restaurants in Midtown Manhattan.

Trump tweeted out the sneak peek, noting his excitement:

I am excited to share an exclusive sneak-peek at my interview with @MariaBartiromo on @FoxNation’s ‘The First Family’.

Before audiences are subjected to a virtual tour of his wine business, Trump can be heard reminiscing about his days of youthful innocence in Trump Tower.

“I played with Legos on this floor,” he says, as the light tapping of piano keys fills the background.

That’s when the track kicks into high gear, and the video cuts to images of the winery’s rolling, grassy expanse.

“We have the largest winery on the East Coast of the United States, largest winery east of the Mississippi in Charlottesville, VA,” Trump brags. “It is truly one of the most beautiful properties anywhere in the world. Am I allowed to be cheesy and say we made it great again?”

Of course, by the commonly used standard in the wine industry, Trump’s size claims are questionable at best, as pointed out on Twitter by WNYC’s Meg Cramer. But enough about facts for now.

If you’re eager to see the series, Trump’s full interview will be on Fox Nation “soon,” he tweeted.

A description of the program of Fox’s website boasts a “beyond the headlines” look at the Trump family.

“A glimpse into what it is like taking over the Trump Organization, balancing their own home lives, yet also dealing with the spotlight of their father being the President of the United States,” the write-up states. “Along with the behind the scenes access, personal interviews reveal stories and emotions you won’t see or hear anywhere else.”

Bartiromo is the lead news anchor for Fox Business Network, and corporate synergies aside, her narration of a glowing portrayal of the first family on what has been called an “all opinion platform” raises some interesting questions. In fairness, this is snippet is just a tease — though its reasonable to expect that the series does not feature many tough questions.

Watch the clip above via Fox Nation.