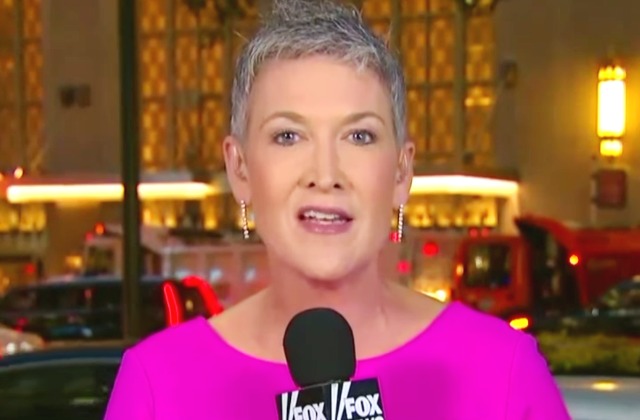 Fox News national security correspondent Jennifer Griffin was rather struck by how, during a big presidential press conference today, the reporters President Trump called on did not ask about the big scandal surrounding National Security Advisor Mike Flynn.

Given the calls that Flynn should be fired after it turned out he did discuss sanctions with a Russian official despite earlier denials, and the massive media coverage of all this, the absence of questions about Flynn was very, very noticeable.

Griffin in particular wondered on Twitter if these were just “planted questions” to avoid having to address the issue:

No questions about Flynn’s status even though it is leading every newscast?? Are these planted questions on the Washington side?

And she wasn’t the only one who noticed:

By handpicking reporters, Trump manages to get through news conference without being asked about Flynn.

Two news conferences in four days… No Q’s on Flynn.

Flynn, it should be noted, was in the room, and reporters did attempt to ask about the scandal:

For the record – I asked the President if he still has confidence in General Flynn. He sure seemed to hear the question but did not answer

As Trump was leaving I shouted out, “Mr. President, does Gen. Flynn still have your confidence?” No answer.