Fox News Leads in Revenue, Ratings; CNN Gets the Largest Surge in Viewership 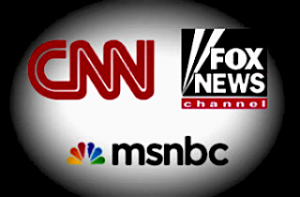 In 2015 Fox continued to lead cable news networks in both revenue and ratings, but CNN enjoyed the largest surge in viewership considering where they ranked in 2015.

According to Pew Research Center’s State of the Media report released Wednesday, cable news ratings are up across the board, largely due to interest in the U.S. Presidential election.

As of March 2016, the organization listed 31 “editorial operations” internationally and 11 domestically. According to information provided to Pew Research Center, that compares with three foreign and 11 domestic bureaus operated by Fox News. NBC News (whose resources are shared with MSNBC) did not provide updated figures for bureaus in 2016, but as of 2015, the network operated 11 foreign and nine domestic bureaus, in addition to 10 international locations in which it had a presence, but no bureau.