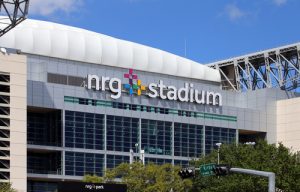 Throughout the NFL season, the networks routinely offer online streams of the games they broadcast — with the caveat that a cable or satellite subscription is required to access the stream. But for the biggest game of all, Fox is eliminating that requirement.

Fox announced Tuesday that they will offer a live stream of Super Bowl LI from NRG Stadium in Houston on Feb. 5, with no pay TV subscription needed for access.

“As part of the buildup to this year’s Super Bowl, we’re committed to creating the best possible experience for fans by dramatically expanding the ways and places in which they can watch the game,” said Fox Sports president Eric Shanks.

Moreover, Fox is working with its local affiliates to have local commercials broadcast to users of the stream. Variety reports that this has only happened once before, when NBC did it in 2015.

“Our pioneering collaboration with our affiliates to allow streaming local ad insertions will make commercials even more relevant for viewers and help make this year’s game even more of a personal experience for every fan,” Shanks said.

Users won’t miss out on the big, splashy national ads either. Those will be included in full on the stream, along with Lady Gaga‘s halftime performance.

The stream will be available via the network’s Fox Sports GO platform — which can be utilized through Apple TV, Roku, Google Chromcast, and a host of other devices.