Google Gets New CEO, Will Be Part of New Company Called 'Alphabet'
ALPHAWUT

Google Gets New CEO, Will Be Part of New Company Called ‘Alphabet’ 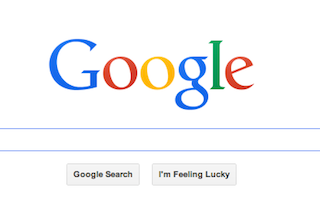 Sundar Pichai will take over as Google’s new CEO, whereas Page and Brin will serve as Alphabet’s CEO and President, respectively. Along with Google X and Calico, Google will continue as one of the new organization’s three primary business extensions.

As Page notes, the new model “allows us more management scale, as we can run things independently that aren’t very related.” Page and Brin’s new “model is to have a strong CEO who runs each business” while they oversee things and provide assistance as needed.

That’s all well and good, but like any major newsworthy or viral happening, the Internet reaction machine launched all its cylinders as soon as news of the major corporate shuffle broke. As you’d expect, everyone was keen to deliver their takes on the company’s new name.

Holy shit, the third one. pic.twitter.com/X3kGk0zZwG

How sure are we Google isn't doing this just to annoy reporters who will now need to explain what the heck "Alphabet" is in every story.

Google: “Don’t be evil”
Alphabet: “Evil is just one of our businesses”

I Alphabet you that investors won’t be pleased by Google’s move.

Does this mean Google bought the alphabet? Is Alphabet trademarked now? Are we allowed to write things still? https://t.co/AdNRoVSxPp

Of course, it’s always about who’s first these days. Hence why Alex Balk‘s comment is the truest one out there:

Yeah, sure, YOU'LL be the one who nails the Google Alphabet joke.