GOP Rep. Tears Apart Rubio On Immigration, Says Boehner ‘Should Be Removed As Speaker’ If He Backs
audio

GOP Rep. Tears Apart Rubio On Immigration, Says Boehner ‘Should Be Removed As Speaker’ If He Backs 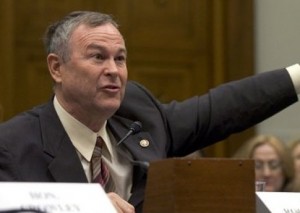 In the midst of all the big debates happening in Washington right now, one that’s getting less media attention is the immigration reform being taken up by Congress. The bill has divided Republicans and conservative commentators, with some of the latter offering dire warnings for the party’s future if it happens. California congressman Dana Rohrabacher is none too happy with his party taking up this mantle, saying on WorldNetDaily Radio that Marco Rubio and other immigration backers are using “weasel words” to deceive the public, and declaring that if House Speaker John Boehner allows the vote, then “he should be removed as speaker.”

Responding to Rubio’s comments to Univision that legalization comes first, Rohrabacher called Rubio “confused” and said the American people have no reason to trust him anymore. Rohrabacher noted how “the whole establishment” is putting out ad after ad insisting the bill is not amnesty, slamming their “weasel words” like on the idea of border security being a trigger for permanent legal status. He said the idea that somehow, after legalization, everyone will get right on border security is a “facade.”

Rohrabacher decried the “era of massive propaganda” from interest groups and the liberal media, and saved his harshest words for House Speaker John Boehner.

“If… Speaker Boehner moves forward and permits this to come to a vote even though a majority of Republicans in the House oppose whatever is coming to a vote, he should be removed as speaker.”

Since Rohrabacher’s comments, Boehner has clarified that he will not bring immigration reform to a vote in the House if the majority of House Republicans do not support it.

Listen to the full audio below, courtesy of WND: