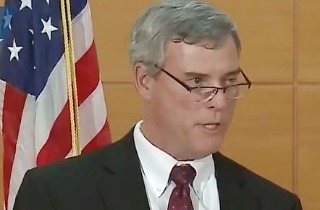 An unidentified grand juror has filed suit against Ferguson prosecutor Bob McCulloch to lift the moratorium on discussing the case against officer Darren Wilson.

The juror argued that the secrecy normally required of grand jurors should be overruled to allow jurors to speak out on the case, since McCulloch has given a misleading impression of the proceedings.

“The current information available about the grand jurors’ views is not entirely accurate — especially the implication that all grand jurors believed that there was no support for any charges,” the complaint states. “Moreover, the public characterization of the grand jurors’ view of witnesses and evidence does not accord with [Doe]’s own,”

The suit also alleged McColluch essentially muffed the case, the feeling of many who wanted a Wilson conviction, including the Brown family’s attorney.

The ACLU filed on behalf of the juror and noted previous instances in which grand jury secrecy was waved when the court determined an overriding interest.