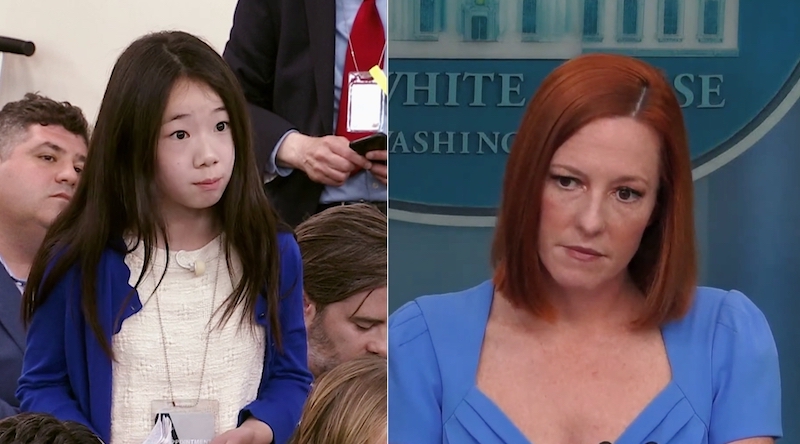 White House Press Secretary Jen Psaki got a professional grilling from 6th-grader Rory Hu of Nick News, and the young reporter’s performance earned her praise from Psaki and her briefing room colleagues.

Right from the start, Hu took command by prepping Psaki for multiple questions, telling her “I just have a question and a follow-up,” and asked thoughtful and well-phrased questions about the impacts of social media on children’s mental health and how to combat online misinformation.

The White House Briefing Room is the most prominent such forum in the country, and its regular operation is an essential facet of our constitutionally-enshrined free press. More than a few veteran reporters have found the room intimidating or suffered verbal gaffes in front of the internationally televised audience, but Miss Hu took the honor of her invitation seriously and more than rose to the occasion with her articulate and professional behavior. We look forward to watching her future career. 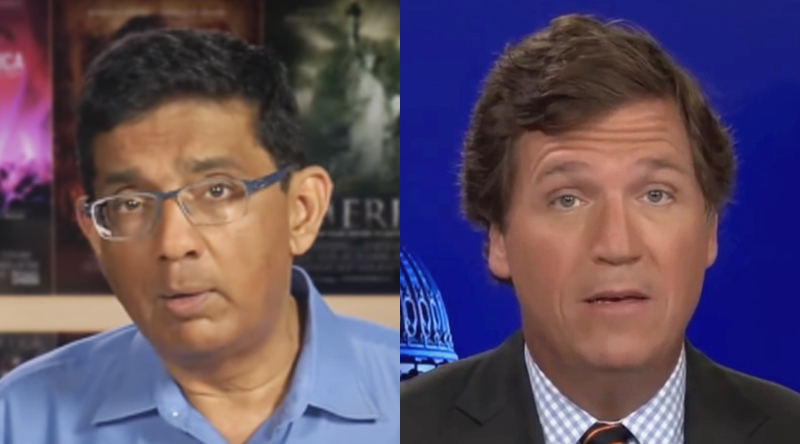 Sometimes when there’s a spat between two media figures, it’s clear that one party has the morally defensible position. And sometimes both of the squabblers crawl out of the mud worse for the wear.

That’s the case with a recent kerfuffle between Dinesh D’Souza and Tucker Carlson.

D’Souza has been on a rampage lately, accusing right-wing media outlets like Newsmax and Fox News of suppressing his new film, 2000 Mules. To be clear, in the aftermath of the Dominion and Smartmatic defamation lawsuits, one can understand why even the staunchest of conservative media figures would be reluctant to give airtime to yet another unfounded conspiracy theory about the 2020 election (which is exactly what 2000 Mules is).

Friday morning, D’Souza slammed Carlson and his executive producer in a series of tweets, laying out an emailed brawl over the editing of a 2000 Mules trailer and accusations that Fox News used his content on-air without crediting him. The whole saga is a convoluted and petty mess, and it’s just plain embarrassing for everyone involved. “A plague on both your houses,” to borrow from Shakespeare.

There’s Even More Great Content In Our Green Room Newsletter.
READ THE REST OF TODAY’S HERE.
OR
CLICK HERE TO GET IT IN YOUR INBOX EVERY DAY.