So it’s Halloween, and you don’t have a costume. You were going to be Kanye West, but the friend you were counting on to be your Taylor Swift got swine flu at the last minute. Then, it was going to be Sarah Palin, until you remembered that that’s what you were last year. Then, you were going to dress up as Balloon Boy, but you realized that all of your friends, neighbors, and extended family members were planning to as well. What to do?

Fortunately, Mediaite has come up with some costume suggestions for you. Pulled straight from the headlines, these are guaranteed to be hits: 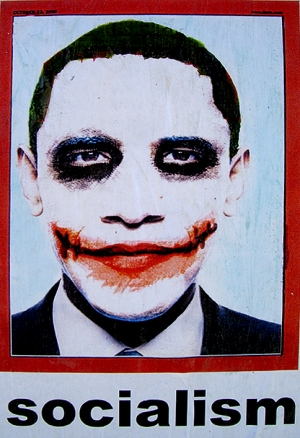 For obvious reasons, the current president of the United States is likely to be a popular Halloween costume this year. But beyond form-fitting Hart Schaffner Marx suits, the challenge remains: How is a trick-or-treater supposed to pull off the look?

Fortunately, cable pundit/voice of reason Glenn Beck is on the case. A well-executed Obama according to Glenn Beck’s imagination should wear a Che Guevara t-shirt, a Hitler mustache, and a Soviet-style ushanka, preferably bearing a red hammer-and-sickle. Gasoline can for torching the Average American optional. 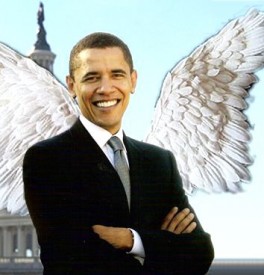 Cable pundit/voice of reason Keith Olbermann, on the other hand, might have slightly different ideas about what constitutes a good Obama costume. Olbermann’s Obama should have billowy, flowing wings, a resplendent halo, and, if budget allows, a heavenly host of sanctified Cabinet appointees carrying blazing swords and playing gleaming trumpets, singing the praise of the anointed one, and also mentioning offhandedly that Bush kind of sucked. 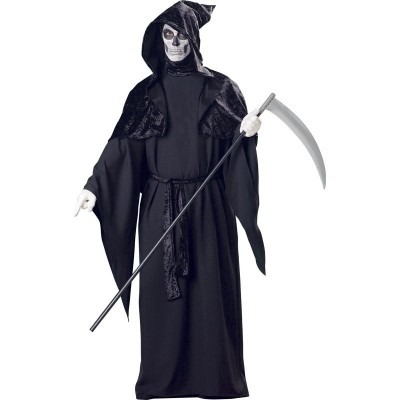 Year-by-year, the Grim Reaper is always a popular Halloween costume, particularly among people who don’t have any costume ideas when they go to Party City on October 30th and kind of just phone it in. But coming off the Summer of Death, the costume has a special resonance this year. A (sexy) black hood, (sexy) black robe, and (sexy) blood-dripping scythe are of course mandatory, but how to work in the contemporary angle? It would probably be in poor taste to carry photos of Michael Jackson, Ted Kennedy, Farrah Fawcett, Walter Cronkite, etc. A safer bet might be to carry around copies of expired mags Gourmet, Trump, Vibe, Nickelodeon Magazine, etc. 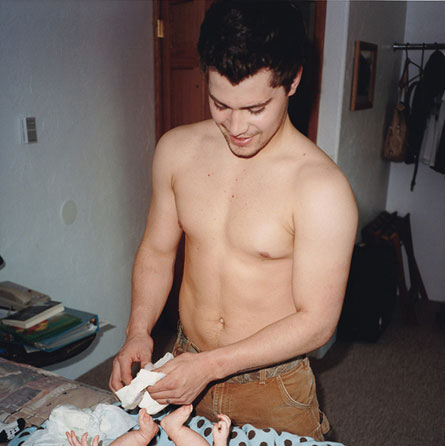 Last year’s Levi costume would have been an awkward suit and a hockey stick, but this year it’s much different — now that he’s an aspiring male model. Sarah Palin‘s former-almost-son-in-law is promising to reveal “huge” things about the former VP candidate, but the big news is his upcoming spread in Playgirl. For this popular costume, just wear briefs and bask in your 15 minutes of fame (briefs optional).

Next Page: Great newsy group costumes, and a twist on the Andre Agassi look