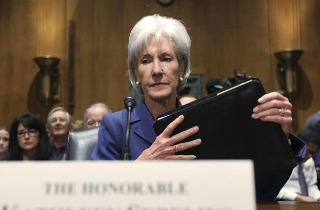 Late on Tuesday night, the White House “decided to give extra time” to prospective Affordable Care Act enrollees. At least, that’s how The Washington Post put it, though it is unlikely that the changes they made to the ACA’s online infrastructure was the result of a spur–of–the–moment decision.

Administration officials maintain that they are simply giving consumers who may be interested in insurance, but have not yet selected or paid for coverage, an extra two weeks to complete the arduous enrollment process. They add that this extension is only available to those who have begun the process of enrollment by March 31.

How do administrators verify that a prospective enrollee is eligible for this grace period? They don’t.

“Under the new rules, people will be able to qualify for an extension by checking a blue box on HealthCare.gov to indicate that they tried to enroll before the deadline,” The Post reported. “This method will rely on an honor system; the government will not try to determine whether the person is telling the truth.”

“Until now, the March 31 deadline has been the date by which most Americans must choose a plan — or risk a government fine in the form of a tax penalty when they file their 2014 taxes next year,” The Post continued. “The fine will not apply to people who get an extension under the new rules and enroll in plans within the allotted time.”

Ignore for the moment that for young people, the target demographic to whom the president spent most of his March pitching the glorious benefits of health coverage, invoking “honor system” is an implicit admission of impotence and an acknowledgement that noncompliance will be consequence-free. This latest delay is functionally an extension of the open enrollment period for the ACA and a delay in the individual mandate – both of which are designed to ensure a robust mix of enrollees. Once again, the fiscal integrity of the ACA has been sacrificed in order to secure near-term political victory for the White House.

Beyond the craven expediency of this subversion of the letter of the law, the latest ACA delay exposes yet more mendacity from the administration. By checking a blue box on the ACA website, users will be able to avoid having the penalty associated with the individual mandate. That is, essentially, a delay in the individual mandate — something that administration officials insisted as recently as 10 days ago that they neither could nor would do.

“That will not happen,” said Senior Advisor to the President for Strategy and Communications Dan Pfeiffer on March 16 when asked by Meet the Press host David Gregory if the individual mandate would also be subject to delay.

“No, sir,” Health and Human Services Sec. Kathleen Sebelius assured members of the House Ways and Means Committee on March 12 when asked the same question.

The administration’s allies in the press point to a Wall Street Journal report from March 14 which indicated that the administration did plan to offer those who “encounter glitches — and document them” a grace period for enrollment. The Journal noted that Sebelius hinted at this outcome in her House committee testimony when she said “if, through no fault of their own, they were unable to enroll, that eligibility extends to a delayed enrollment period, and they will have a special enrollment.”

But, clearly, the latest maneuver is designed to facilitate a two-week extension to the enrollment period for all users. This is not an especially shocking outcome given the lagging pace of enrollment. That is, it is not especially shocking for those who are no longer predisposed to believe administration officials.