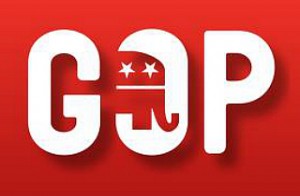 Where the hell do we even begin with this?

Since last night, one Republican after another has lined up to withdraw their official candidacy endorsements for the current party standard-bearer Donald Trump after leaked audio from 2005 reveled the nominee on a hot mic talking about making unwarranted advances on “beautiful women.” It has, without a doubt, turned the entire Trump camp on its head, with senior advisors and surrogates scrambling at Trump Tower just one day ahead of the second presidential debate in St. Louis between Trump and Hillary Clinton.

First it was Utah Congressman Jason Chaffetz, who has largely become known as one of the most hawkish Republicans in the fight to expose the truth behind Hillary Clinton’s use of a private email server. Chaffetz sits on the bipartisan Committee on Oversight and Government Reform, and was one of the foremost leaders to grill Clinton last October during her eleven hour hearing and FBI Director James Comey earlier this year. Chaffetz first told Fox 13 last night, “I’m out. I can no longer in good conscience endorse this person for president. It is some of the most abhorrent and offensive comments that you can possibly imagine.”

GOP Representative Martha Roby of Alabama then unendorsed Trump, noting that the nominee’s, “behavior makes him unacceptable as a candidate for president, and I won’t vote for him.”

Donald Trump’s behavior makes him unacceptable as a candidate for president, and I won’t vote for him.

I can no longer endorse Donald Trump. Read my full statement: pic.twitter.com/lfa9mYZbdC

… as did Kelly Ayotte of New Hampshire, who has been tied to headlines regarding some of Trump’s most controversial statements over the past year. Despite supporting Trump and coming under fire in her own right for standing by the party nominee, Ayotte finally buckled Saturday as well. She wrote, “I will not be voting for Donald Trump or Hilary Clinton and instead will be writing in Governor Pence for president on Election Day.”

I will not vote for Donald Trump. Read my statement here: pic.twitter.com/F8zajgDZpg

Senator Mike Lee of Utah used Facebook Live (how 2016 of you, Senator) to call on Trump to step down, calling his own video “definitely spur of the moment.”

Illinois GOP Senator Mark Kirk has called on his own party to activate “rules for emergency replacement,” immediately, writing in no uncertain terms that Trump “should drop out.”

.@realDonaldTrump should drop out. @GOP should engage rules for emergency replacement.

Alaskan Senator Lisa Murkowski noted earlier today that Donald Trump has “forfeited the right to be our party’s nominee.”

I cannot and will not support Donald Trump for president. He has forfeited the right to be our party’s nominee.

Why leave South Dakota out of the fun? State Senator John Thune has called for VP choice Mike Pence to be the party’s nominee effective immediately.

Donald Trump should withdraw and Mike Pence should be our nominee effective immediately.

Also add to list Senator Shelley Moore Capito of West Virginia who said she “cannot and will not support a candidate for president who brags about degrading and assaulting women.” She furthered by asking Trump to “reexamine his candidacy.”

Rep. Bradley Byrne of Alabama has kicked aside his previous support for Trump, as did Barbara Comstock of Virginia and New Jersey Congressman Scott Garrett. Although Utah’s Mia Love did not formally endorse Trump up until this part of the race, she confirmed that she would not be voting for her party’s nominee. “His behavior and bravado have reached a new low. I cannot vote for him,” she said Saturday. “For the good of the party, he should step aside.”

Colorado Representative Mike Coffman said late Friday, “For the good of the country, and to give the Republicans a chance of defeating Hillary Clinton, Mr. Trump should step aside.”

And in Nevada, a crucial swing state in this general election where Clinton and Trump both are set to square off on October 19th for the third and final head-to-head debate, Congressman Cresent Hardy has withdrawn his support, as has Rep. Joe Heck. Heck was, well, heckled for his announcement in front of the Nevada crowd for his decision to pull back.

Heck is getting booed as he says Trump should step down. “I’m so disappointed in you,” one yells.
This is what the Republicans have wrought.

Nebraska Junior Senator Ben Sasse, one of the most vocal critics of Donald Trump’s candidacy and rhetoric over the past year, unsurprisingly slammed his party’s nominee on Twitter, urging instead for Pence to step in and lead the ticket.

Character matters.@realDonaldTrump is obviously not going to win.
But he can still make an honorable move:
Step aside & let Mike Pence try. 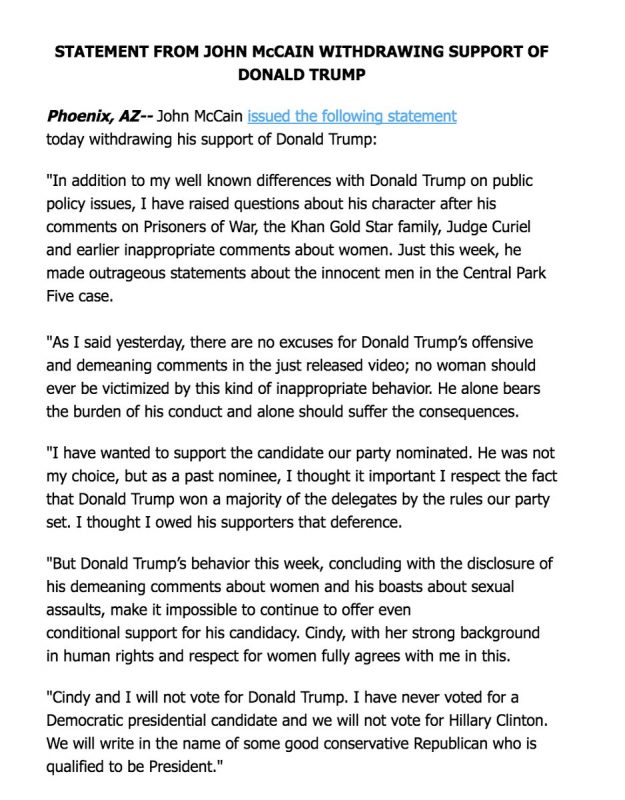 We have more representatives and elected officials to add to this list, and are working to pull together the most updated information. Check back as the list continues to grow…