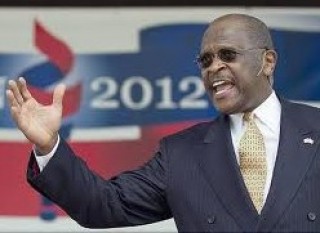 When the GOP goes in on race, they really go all in. Last week Herman Cain had a public service announcement notifying Blacks that it’s time for the brainwashing to stop. No longer would Blacks blindly vote for Democrats whose policies clearly haven’t helped. Instead, he made clear they’ll be voting for him – well at least 30% of them. (Of course, that percentage may change, so stay tuned for more instructions Black People.) Clearly Cain’s understanding of the history of the Black vote and how it has shifted is more hazy than Gary Johnson‘s favorite medical marijuana dispensary. But more on that later.

Fast forward to this week and The Washington Post‘s claim that Rick Perry‘s family compound featured a rock with the name ‘N*ggerhead’ scrawled on it. Now let’s not jump to conclusions here. Because after watching a few GOP debates and seeing just how sensitive the candidates and audiences have been, it’s clear the GOP has their heart in the right place.

RELATED – Herman Cain Refers To African-American Voters As Being ‘Brainwashed’

(1) The audience cheered when NBC’s Brian Williams mentioned Texas’ 235 executions. They lead the country with 43 exonerations yet apparently Perry “never struggles at all” with the decision ;

(2) When a gay soldier currently serving in Iraq asked if candidates would support a repeal of Don’t Ask, Don’t Tell not only was he not thanked for his service, but some members of the audience booed to boot;

(3) When Wolf Blitzer asked Ron Paul if an uninsured man should just be left to die, some in the audience applauded.

So the last thing we should be doing is jumping to conclusions about how sensitive Rick Perry is about race relations. If the GOP is the party of anything it’s the party of empathy.

Even before hearing a response from Perry’s camp I expected a compelling response as to why this rock has ‘N*ggerhead’ scrawled on it. There really are a number of plausible reasons:

(2) Perry mistakenly thought the rock was etched thousands of years ago and thus was a national artifact and illegal to disturb (after all, we all know how much Perry respects federal laws ); or lastly – and this is probably the most likely –

(3) there were so few blacks in Perry’s town (Post estimates about 900), that Perry just didn’t know what the N-word meant. He had never heard it or seen it before. Everybody he knew looked just like him. And how can we possibly fault a man for that which he does not know?

But it doesn’t stop there. Guess which candidate was the first to jump in and police Perry’s race infraction? None other than Herman Cain. “There are some words that do not basically inspire the kind of negativity like that particular word,” he said. “And since Gov. Perry has been going there for years to hunt, I think that it shows a lack of sensitivity for a long time of not taking that word off of that rock and renaming the place. It’s just basically a case of insensitivity,” Cain told Christiane Amanpour on ABC’s This Week.

And this really is why Black voters are rushing to support Cain. He gets it. And do you know why he understands how insensitive certain words can be to black people in this country? No, not because he’s Black. Dig deeper. It’s because, well, he says such words himself. “[I] left that Democrat plantation a long time ago–and I ain’t going back,” exclaimed Cain in a campaign video.

Either Herman Cain is bipolar, or he’s the love child of Archie Bunker and Jesse Jackson. Not only does Cain believe he’s best suited to police poor race relations within the GOP because the mere existence of his candidacy means the Tea Party is not racist (which is just a new twist on the ‘they can’t be racist because they have black friends’ excuse), but it’s also likely that he’ll be one of the main people attempting to capitalize off of racially insensitive language. After all, he’s got to earn that 30% Black vote one way or the other. Why should he rely on facts or common sense to do it?

It’s probably a good idea if he checks out Roland Martin‘s excellent piece “Herman Cain Denies GOP’s Horrible History With Blacks” which points out how the shifts in the Black vote over the years were (1) incremental; and (2) most likely motivated by policy shifts that affected the Black community. But we wouldn’t want facts to get in the way, would we Herman?

John Wilson is a health policy analyst in Maryland, and also a staffwriter for The Loop 21. He frequently writes about health policy, education policy, and politics. You may reach him at john@policydiary.com.