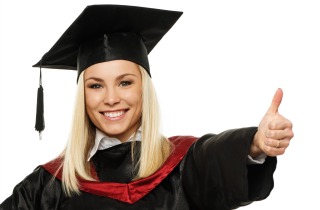 The fact that we’re in the midst of a student debt crisis will seem obvious to anyone who’s opened up their statement from Sallie Mae in the past few years. But the skyrocketing debt levels (average loan balances are at $29,400, and there’s been an increase in total national debt from $300 billion to $1.1 trillion in the last ten years) isn’t just a problem for individuals, it’s also having broader implications for the economy in general.

In the years since the financial crash of 2008, the percentage of people with student loan debt who have also taken a mortgage has plummeted. In short, the numbers seem to suggest, young people aren’t buying homes because they’re already burdened by paying off their high-priced education.

There’s some good news, however. Well, not for students, because screw them, but for the CEOs of the universities that are putting so many of them underwater. A report from the Institute for Policy Studies shows that the soaring pay rates for top executives at institutions of higher learning seems to go hand in hand with high rates of student loan debt, not to mention low-wage faculty labor. As the New York Times points out, “at the 25 public universities with the highest-paid presidents, both student debt and the use of part-time adjunct faculty grew far faster than at the average state university from 2005 to 2012.”

Some highlights from the report “The One Percent at State U”:

The student debt crisis is worse at state schools with the highest-paid presidents. The sharpest rise in student debt at the top 25 occurred when executive compensation soared the highest.

“The high executive pay obviously isn’t the direct cause of higher student debt, or cuts in labor spending,” Marjorie Wood, the author of the report with Andrew Erwin, told the Times. “But if you think about it in terms of the allocation of resources, it does seem to be the tip of a very large iceberg, with universities that have top-heavy executive spending also having more adjuncts, more tuition increases and more administrative spending.”

In other words: Just like in the private sector, the public university field is disproportionately allocating funds to the heads, while ignoring the people who actually make it possible.

In the meantime, while underemployment and unemployment continues for college graduates, defaults on student loans continue to be a problem. There are roughly 37 million borrowers with outstanding student loans in the country. “As of 2012, there are now more than $8 billion in defaulted private loans, or 850,000 distinct loans in default,” as the American Student Assistance organization points out in a thorough breakdown of the student loan picture here.

None of this should come as a surprise in our culture of executive privilege and workers-be-damned indifference, but one has to wonder if these stewards of higher learning would like the lessons they’re imparting to their students. That is if they ever climbed down from the literal ivy ziggurats we’re erecting for them with our tuition long enough for them to notice.