How Corporate Media Morphed Paul Ryan From Radical to Reasonable 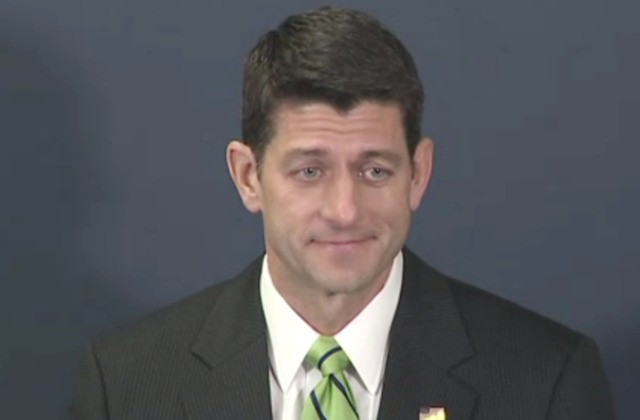 As policy wonks and chomping-at-the-bit Democrats anxiously await the CBO’s score on the GOP healthcare ‘plan,’ there’s one person in Washington less than excited. The pride and bastion of social Darwinism: Paul Ryan.

Make no mistake about it, this new healthcare monstrosity that will kick millions of downtrodden, vulnerable Americans off healthcare — while providing rich folks $600 million in tax breaks and welfare — is not Trumpcare.

That’s for Ayn Rand, the extremist champion of the greedy wolves of America (who Ryan has acknowledged as his idol). This makes sense since the Speaker of the House and Wisconsin Congressman has made a career of assaulting the poor and massaging the rich.

Whether it’s voucherizing Medicare in an attempt to eventually eliminate it, taking a machete to food stamps and other welfare programs, cutting millions in student financial aid and job training, or providing welfare for the rich in the form of millions of dollars in tax cuts, Ryan is a man who salivates at stomping on the poor and vulnerable while getting some type of sadistic satisfaction out of kissing the rich.

According to Ryan, government hand outs to the poor “lull able-bodied people into lives of complacency and dependency, which drains them of their very will and incentive to make the most of their lives. It’s demeaning.” Meaning government and corporate welfare for the rich must take flailing, immobile rich oligarchs and catapult them into lives of vibrancy, independence, and grace.

There’s been plenty of progressive media figures and outlets who’ve documented Ryan’s radicalism, but for the most part, the corporate media has put the Speaker of the House forward as some type of serious, legitimate policymaker and leader rather than the radical extremist he actually is.

Starting with the usual suspects at the Beltway bubble known as Morning Joe, Ryan has been a member of the gang for years, popping up as a guest while Joe Scarborough fluffs his pillow.

Scarborough has routinely depicted Ryan as “courageous,” going so far as to call him an “indispensable leader.”

TIME‘s Joe Klein once called Ryan’s social Darwinism “political courage”; Charlie Rose lauded Ryan’s “opportunity society,” while former POLITICO star Mike Allen heralded Ryan’s “intellectual honesty”; The Washington Post was one of many that dedicated deep investigative reporting into what Ryan’s beard really meant; and The New York Times was one of the many depicting the plight of Ryan—that brave soul who had to deal with candidate Trump wreaking havoc on the Republican Party.

More recently, CNN gave him his own town hall event, where, as per usual, the audience members played the role of aggressive journalists asking serious, tough questions while the actual moderator served tea. Hell, last week, USA Today gave Ryan prime ink space to write a column on this most recent sexual favor to the rich masquerading as healthcare.

All of this adoration from corporate outlets presents viewers — and voters — with a picture of Ryan as a serious policy thinker who pushes forward the “courageous” choices the country desperately needs for economic survival. But other less courageous politicians won’t sign on.

Here in reality, Ryan is a dangerous man with extraordinary power — and malice — to harm those people that have no voice or economic power. It’s the media’s job to report on figures accurately and objectively, not play Patty Cake with the likes of Ryan in order to keep access and sources flowing their way.

For too long, what Ryan is — a radical, pretty-boy conman — has been hidden from the broader public by corporate media ‘journalists’ who confuse radicalism and Robin Hood-ism with bravery. This is how he has been morphed into the reasonable ‘adult’ at the head of the Republican clown car.

And until the media reports on who he really is and what he actually stands for, he’s going to keep driving that car at 120 miles an hour, running over as as much of the middle and lower classes as possible.