‘How Not To Correct The Record’: New Republic Takes Heat For ‘Damaging Falsehoods’ About George Zimmerman

'How Not To Correct The Record': New Republic Takes Heat For 'Damaging Falsehoods' About Zimmerman
Twitter share button 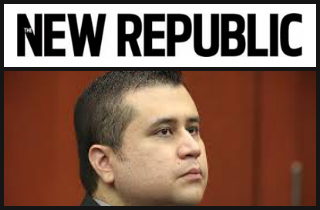 Several legal commentators have called out The New Republic for its seeming refusal to completely correct the record on factual inaccuracies contained within an essay about George Zimmerman. The article, posted 10 days ago, still contains false statements about Zimmerman’s past, despite subtle changes made to the text after being flagged for the errors.

The essay, written by Stanford law professor Richard Thompson Ford, originally contained the following sentence: “Zimmerman was an edgy basket case with a gun who had called 911 46 times in 15 months, once to report the suspicious activities of a seven year old black boy.”

Law scholars Jonathan H. Adler, David Bernstein, and Michelle N. Meyer all pointed out that the above line contained three glaring errors: 1) those 46 calls were not all to 911 emergency line, some were to the local “non-emergency” police number; 2) the calls came over a period of several years, not 15 months as written; 3) Zimmerman reportedly called the police to report that the seven-year-old black boy was unattended by an adult, not to report that the child for engaging in “suspicious activities.”

Those writers, and their colleagues, apparently wrote in to Professor Ford and The New Republic’s editors, who edited the piece to now say the following: “Zimmerman was an edgy basket case with a gun who had called the polics [sic] 46 times in 15 months, once to report on a seven year old black boy.”

That revision was unsatisfactory, wrote Meyer and Adler, because it still gives off the impression that Zimmerman was suspicious of the young black boy, as opposed to reporting over safety concerns for the child.

Moreover, they both noted, the editor’s note at the bottom only acknowledges one of the mistakes: “This article has been corrected. Zimmerman called various law enforcement officials 46 times, not just 911, as originally stated.”

Adler was particularly troubled by The New Republic’s sub-par correction, writing, “It’s almost as if the editors don’t care about the errors, can’t admit to their mistakes, or can’t bring themselves to disrupt the narrative.” Meyers condemned the final product, too, noting: “It’s one thing to make a mistake about facts. It’s quite another to double down on damaging falsehoods after having your mistake pointed out. In that respect, TNR‘s cure here is worse than the disease.”

“Zimmerman was an edgy basket case with a gun who had called the police 46 times in 15 months.”

UPDATE II: TNR has now acknowledged the correction with regards to Zimmerman’s call about the seven-year-old boy. This has been added to the editor’s note: