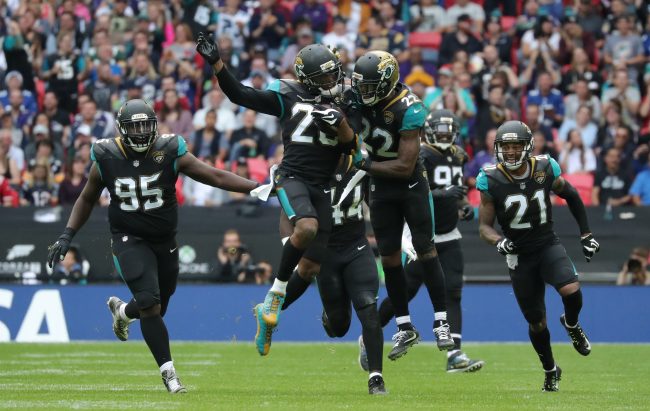 Wild Card Sunday begins with the Jacksonville Jaguars hosting the Buffalo Bills, with a spot in the Divisional round on the line.

Yes, you read that right.

The Jacksonville Jaguars, who last made the playoffs in the 2007 season, are meeting the Buffalo Bills — whose last postseason appearance came January 2000.

The Bills, of course, are hoping this playoff experience goes a little better than that one did. That last Bills postseason contest was the famous “Music City Miracle” game — in which the Tennessee Titans scored the game-winning touchdown on a fluky kickoff return in the closing seconds. For a franchise that was so successful in the 90s, having appeared in four consecutive Super Bowls, this playoff return has been a long time coming.

But the Bills are up against a solid squad in Jacksonville — albeit one that’s sputtering a bit coming into the postseason. The Jags enter as losers of two straight. But they still had a strong 10-6 campaign. Jacksonville’s defense is among the best in football. But can inconsistent quarterback Blake Bortles put enough solid play together to carry the team through to next week, and possibly beyond?

Kickoff is at 1:00 p.m. ET. The game will be broadcast on the CBS. Jim Nantz and Tony Romo have the call. The game can be streamed via CBS All Access, which is a pay subscription service. However, users can sign up for a one-week free trial via this link.