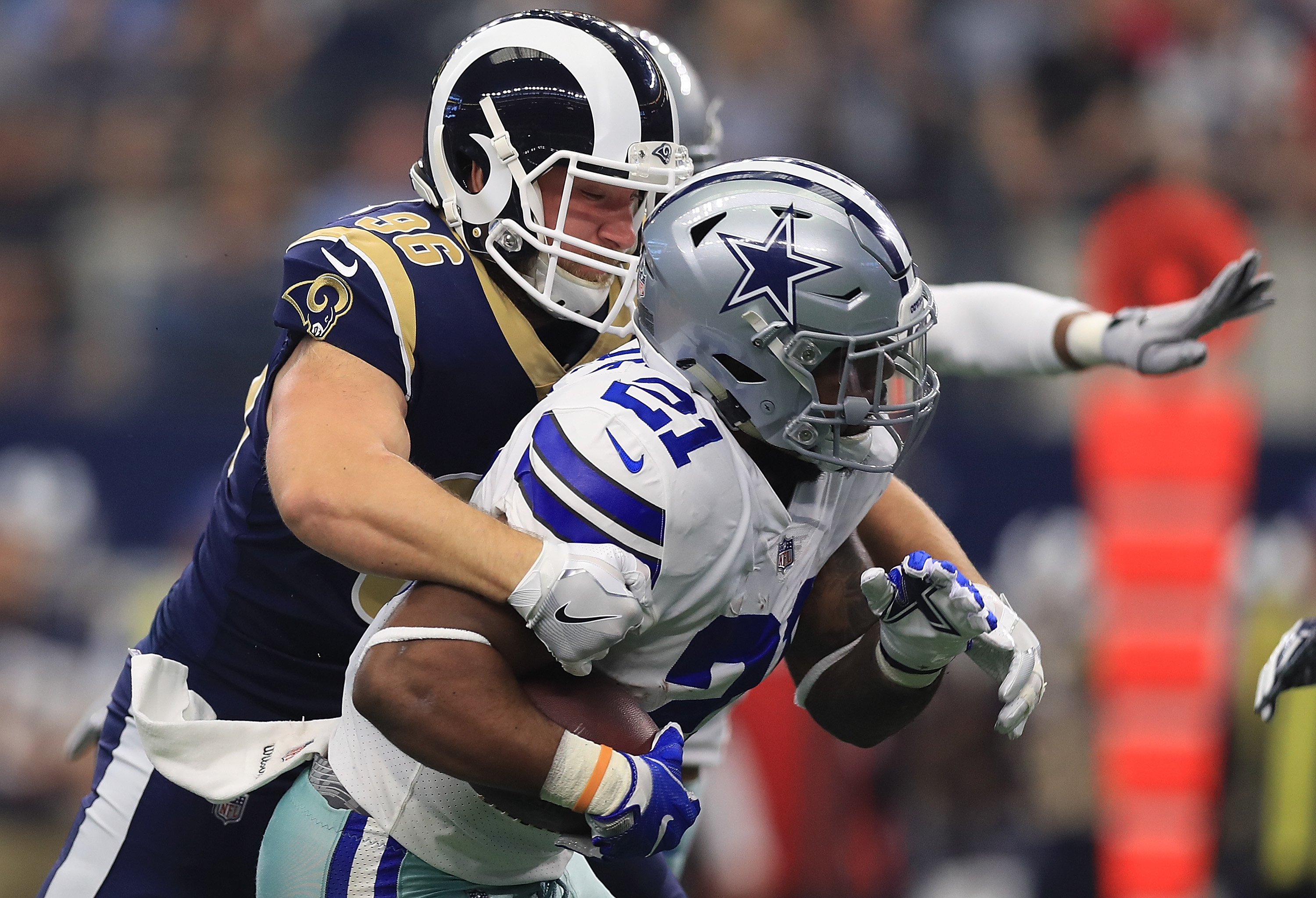 Saturday’s NFL Divisional playoff doubleheader concludes with a dandy of an NFC matchup between the Dallas Cowboys and the Los Angeles Rams.

Dallas survived a few tense moments late in a game they largely dominated last week against Seattle. The Cowboys defense — which was one of the league’s best units in the second half of the season — was once again stellar. But against a high-powered Rams offense, they will have to be even better to keep their team in the game.

Los Angeles hosts Sunday night, fresh off a regular season in which they captured their second consecutive NFC West crown. Wunderkind 32-year-old coach Sean McVay has been so successful, amassing a 24-8 regular season mark in his first two seasons, that he’s set off a trend of younger coaches being hired around the league. But he lost his first postseason game last season. And now, with his club a healthy favorite at home, the pressure is on McVay to put up a victory Saturday night.

Kickoff is shortly after 8:15 p.m. ET. The game will air on FOX. Joe Buck and Troy Aikman have the call. The action can be streamed free with a cable subscription on pc, cell phone, or tablet via Fox Sports Go — which can be found here. The Fox Sports Go app can be downloaded via both the iTunes store, and the Google Play store.