How to Watch the LSU vs. Wisconsin Game at Lambeau Field Live Stream Online 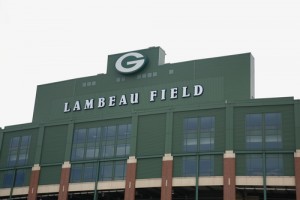 Week one of the college football season often features a few cool made-for-tv match-ups at NFL stadiums. This year, Lambeau Field plays host to the University of Wisconsin’s opener. The Badgers leave the friendly confines of Madison to head two hours north for a date on the not-so-frozen tundra with No. 5 LSU.

These two squads last met two years ago in Houston, when the Tigers roared back from 24-7 down to beat the Badgers 28-24. LSU will look to duplicate that season-opening victory behind star running back Leonard Fournette, an early-season Heisman favorite.

Wisconsin, meanwhile, will look to break their streak of season-starting losses to SEC teams (having also dropped last year’s opener against Alabama). They finished a solid 10-3 last year under first-year head coach Paul Chryst, including a Holiday Bowl victory over USC.

Sadly, LSU coach Les Miles has been adamant that he does not want any of his players doing the Lambeau Leap if they score a touchdown.

“I promise you that if anybody jumps (for) the Lambeau Leap, they’ll end up with their thumb out to see if they can get a ride home,” Miles said.

We can only hope the Mad Hatter reverses course on that.

Kickoff for is set for 3:30 p.m. ET. Steve Levy, Brian Griese, and Todd McShay have the call. You can catch all the action live on ABC, or stream it online via WatchESPN on your pc, phone, tablet, or other device. The Watch ESPN app can be downloaded from the Apple App Store, Google Play, and the Windows Store.