Howard Stern: GOP Doing Hillary a ‘Favor’ by Attacking Her So Much
AUDIO

Howard Stern: GOP Doing Hillary a ‘Favor’ by Attacking Her So Much 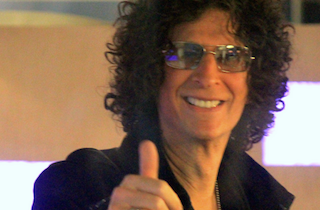 Howard Stern got political on Monday with a look at how the Republican Party is starting to up its attacks on Hillary Clinton more than two years ahead of the 2016 presidential race. According to Stern, recent comments by former Vice President Dick Cheney and Karl Rove only make Republicans “look bad” and will ultimately backfire on the GOP.

After playing Cheney’s recent comments about Clinton’s handling of the 2012 attack in Benghazi, Stern said, “They wanna scare her from running. They wanna make it seem so unbearable like ‘Oh, I don’t fuckin’ need this.'”

“Dick Cheney, where’d they dig him up from?” Stern asked. “He has to answer for Iraq! Nevermind her answering for Benghazi. A lot more people have died in Iraq. They should bring him up on trial.”

As for Rove, who recently suggested Clinton might have brain damage, Stern said he made a “stupid move.” By bringing up her health in this way, Rove is “giving her an issue now that she can say ‘Look at what a lunatic he is.’”

“He’s doing her a favor,” Stern continued. “She should pay him to keep bringing up dumb things! The greatest thing was when they were accusing President Obama of not being an American. It was great for him. He was like, ‘Yeah, keep accusing me of that. That way, you’ll keep your mind off anything important that I’m fucking up.'”