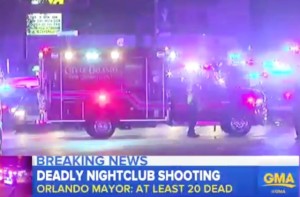 The face is everywhere following the worst shooting in this nation’s history.

No, not Donald Trump‘s…

No, not Hillary Clinton‘s…

Instead, it’s the ubiquitous Omar Mateen (the first and last time his name will be mentioned here) who has easily been getting the most airtime over 48 hours of blanket coverage after a horrific event that left 49 dead and more than 50 injured at an Orlando nightclub. It’s a Facebook and Twitter world now, so plenty of photos of the terrorist — some of the smiling/happy variety — are being featured everywhere via network, cable and online news, plus obviously social media.

For ISIS, a sophisticated (for lack of a better word) propaganda machine that builds its aura and reach to the demented/disenfranchised more through social media than any land/villages/cities its caliphate can overtake in Syria and Iraq, it couldn’t draw up this scenario any better. The American media’s primary focus on the shooter — specifically from a visual perspective via the aforementioned photos — is as stunning as it irresponsible, as it does nothing but provide a boatload of PR and recruitment power for ISIS at no cost.

The call for not providing a mass shooter massive exposure is nothing new in this space. I wrote it after Newtown and did the same after Oregon: Is there really a need to show personal photos of the gunman in these situations or even say his name? In the case of Orlando, the shooter/terrorist has one particular selfie that is especially nauseating (below). Do we really need to see this in an attempt to help “understand” his demented psyche or explore his background? 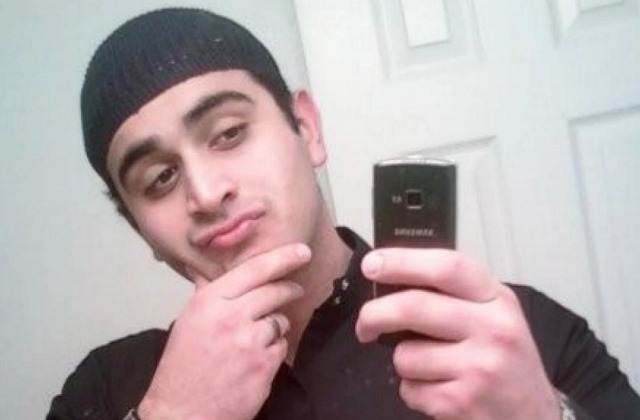 It’s not unlike the stunt Rolling Stone pulled with the surviving Tsarnaev brother (Dzhokhar), turning him into a 21st Century (young) Bob Dylan in the process. And this thought process of glorifying evil people just doesn’t apply to terrorists… simply look no further than the all the attention O.J. Simpson still gets — more than 20 years later via mini-series after mini-series — for basically decapitating his wife while also stabbing Ron Goldman to death in the process. And we as an audience, as consumers, eat it all up. 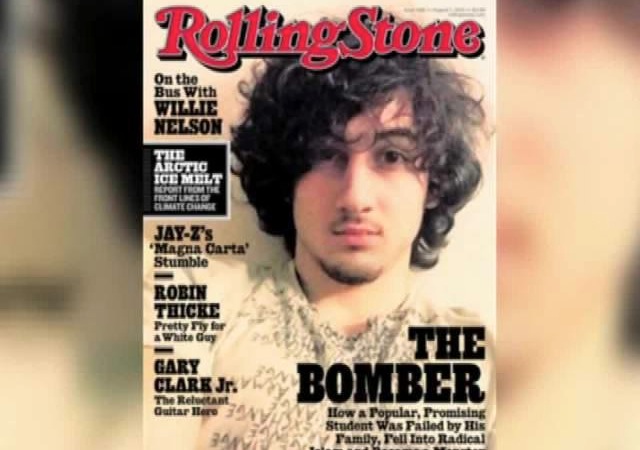 Per my October column following the Oregon mass shooting at Umpqua Community College that killed 10, including the shooter who committed suicide as police closed in:

It (not using names or photos of mass shooters) is largely a symbolic act, of course, as it takes all of two seconds to find that information online or on social media. And even if every on-air anchor or host didn’t share names or faces in these situations, those who want that information and/or visual can and will find it.

But is that really the point? Because perhaps if the heads of every major broadcast news organization got together and decided that the don’t-name-the-shooter policy should be universal across ABC, NBC, CBS, Fox and CNN, that would pressure others to do the same. Not all will be on board, of course, and there is the unfortunate business end of this as well, but it’s worth a shot. Critics will counter that withholding this kind of information (name, photo, etc.) amounts to censorship. But the question is: If an outlet still shares all the facts of a story but omit a name and photo, is that still censorship?

And look, nobody is saying this act puts an end to mass shootings in this country. But it’s impossible to ignore this joint study from Arizona State University and Northeastern Illinois University that finds “20 to 30 percent of attacks are set off by other attacks.”

There is a group with growing support that is pressuring the media on Twitter and Facebook called NoNotoriety (#NoNotoriety and @NoNotoriety). The group was started by Caren and Tom Teves who lost their son and daughter — Alex and Jessica — after the Aurora, Colorado movie theater mass shootings. Here’s their message this morning… one that is impossible to argue against:

Unfortunately, the media landscape is far too competitive, far too gone in terms of sensationalism, to ever apply logic, responsibility and common sense in not providing those like the Orlando terrorist the notoriety he sought here. The face will remain everywhere for days and weeks to come.

And in the end, ISIS benefits from the free PR and recruiting it receives as a result… and barely lifts a finger in the process.