Huh? WikiLeaks Threatens Its Own Leakers With $20 Million Penalty If They Leak Elsewhere 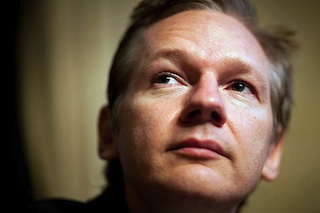 WikiLeaks has gained a number of fans (and enemies, of course) with its attempts to foster transparency in a world of secretive and duplicitous governments. However, it appears they do, after all, still consider themselves a business and, as such, aren’t all too keen on having their own material leaked. The New Statesman has obtained a confidentiality agreement that the organization has its staff sign which threatens them with a penalty of about $20 million if they leak the “valuable proprietary commercial information” that WikiLeaks would rather sell to the media.

The New Statesman calls the agreement “draconian” and summarizes it thusly:

“Clause 5 of this ‘Confidentiality Agreement’ (PDF) imposes a penalty of ‘£12,000,000 – twelve million pounds sterling’ on anyone who breaches this legal gag.

This ludicrous – and undoubtedly unenforceable – amount is even based on “a typical open market valuation” for the leaked information that WikiLeaks possesses.

This phraseology is consistent with WikliLeaks’s perception of itself as a commercial organisation in the business of owning and selling leaked information. Indeed, there is no other sensible way of interpreting this penalty clause.”

So, is this hypocritical for a group that sees no problem in releasing others’ private information to keep their own under such a sturdy lock and key? Or is this just a necessary practice for a business that is providing a service?

I suppose we have to ask, Who leaks the leakers?