‘I’d Have Killed A Thousand If I Had Enough Bullets’

‘I’d Have Killed A Thousand If I Had Enough Bullets’ 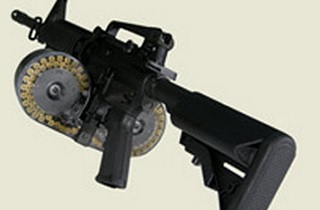 That chilling quote, “I’d have killed a thousand if I had enough bullets,” came from the mouth and mind of a mass murderer who fired 33 shots in a matter of minutes, killing and gravely wounding men, women, and children, stopping only when he ran out of bullets. If that description sounds familiar, it should, because it fits one of the horrific events that’s at the center of the current debate over reducing gun violence. Those words, however, were not spoken by Tucson mass murderer Jared Loughner, who shot and killed 6, and wounded 13 others, including then-Congresswoman Gabby Giffords (D-AZ). They were spoken by Howard Unruh, shortly after he was apprehended for killing 13 people, and wounding 3 others, on September 6, 1949. In the 61 years between Unruh’s crime and Loughner’s, and since then, we seem determined not to learn anything.

The details of the Tucson mass shooting are still fresh, although at the time, they weren’t sufficient to motivate any action of any kind. Congresswoman Giffords was the first to be shot, in a rampage that lasted less than a minute. The shooter used a Glock 9mm with a 33-round magazine, fatally wounding 9 year-old Christina Taylor Green with the 13th shot. When he ran out of bullets, the shooter stopped to reload, fumbled the replacement magazine, and was subdued by bystanders.

The then-28 year old Howard Unruh left home on the morning of September 6, 1949 with a Luger P08 loaded with an 8 round magazine (plus one in the chamber), another 8-round magazine, and 16 loose bullets. It took him around 13 minutes to kill 13 people and wound three others in his Camden, NJ neighborhood, before he ran out of bullets and returned home. Those killed included children aged 2, 6, and 9 years old.

After a gun battle with police, Unruh was forced to surrender by tear gas the police had thrown into his apartment.

Frank Engel, who ran a tavern across the road from Unruh’s house, had bolted his front door at the start of the shooting and ushered his customers to the back of the room. Unruh had shot up Engel’s door but had not managed to get in, and had moved on down the street to Dominick Latela’s restaurant where he fired more shots, kicked in a glass pane, but also failed to gain entry. Frank Engel, meanwhile, rushed upstairs to his apartment.

He opened a window and took aim at Unruh with a .38-calibre pistol. He fired and hit, but Unruh simply walked on without even acknowledging he had been shot. Engel did not fire again. “I wish I had,” he would later tell reporters. “I could have killed him then. I could have put a half-dozen shots into him. I don’t know why I didn’t do it.”

In 1949, Howard Unruh had time on his side, while his victims had only the limits of Unruh’s arsenal to end the “Walk of Death.” It took Camden police about fifteen or twenty minutes to respond to Unruh’s massacre, more than enough time for the shooter to reload three times, at least twice by hand-loading those loose bullets into the Luger’s magazine. Decades later, it would take police only five minutes to respond to the Tucson shooting. Unfortunately, it only took the Tucson shooter 15 seconds to expend the 33 rounds that it took Unruh 15 minutes to fire. Unlike Howard Unruh, the Tucson shooter had plenty more bullets; in addition to the 33-round magazine he dropped, the shooter had an additional two standard 15-round magazines on him. In the years since Howard Unruh said he would have “killed a thousand” if he’d had enough bullets, we have enabled mass shooters to surpass the goal of having enough bullets to do just that. The Newtown shooter fired 154 shots at Sandy Hook Elementary School in less than five minutes, and had another 1,600 rounds at home; the Aurora movie theater shooter had amassed 6,000 rounds of ammunition. The only impediments to slaughter now are the ability to carry and reload those bullets, and the time it takes police to respond.

The Tucson shooter had already been neutralized by the time police got there, but the cops who showed up at Howard Unruh’s apartment were in for a battle. Those cops used machine guns, shotguns, pistols, and finally, teargas to subdue Unruh. Since then, although police response time has greatly improved, the cops who do respond often find themselves outgunned by mass shooters. That was the case in 1984 when police responded to a mass shooting at a McDonald’s in San Diego. That shooter fired 270 shots, mostly with a semiautomatic Uzi, over the course of a 77-minute rampage that killed 21 people, and wounded another 19. The police learned from that experience, changing their weapons and tactics to try and level the playing field. Since then, though, our laws have continued to tilt the balance in favor of the killers.

No one has managed to kill a thousand people in a mass shooting yet, but it doesn’t take a flight of fancy to imagine such a circumstance. There has been intelligence suggesting that al Qaeda has been planning a Mumbai-style attack in the United States. A four or five man team could conceivably exact a death toll of a thousand, or close to it, by attacking a soft, crowded target like a shopping mall. They would need several 100-round magazines apiece, or ten 30-rounders each, and assault weapons capable of firing them, all of which they could acquire legally at a gun show, even if they were already on a terrorist watch list. In fact, since background checks aren’t required at gun shows, even a convicted terrorist could conceivably make such purchases.

The horrors of Newtown, Aurora, and Tucson were all “unimaginable” before they happened, except they were all imagined sixty-three years ago, by Howard Unruh. The next horror is being imagined right now, by someone, somewhere. When it happens, what will our excuse be then?