If Chelsea Had Sat In For Hillary at G20, Conservative Media Would Have Absolutely Freaked 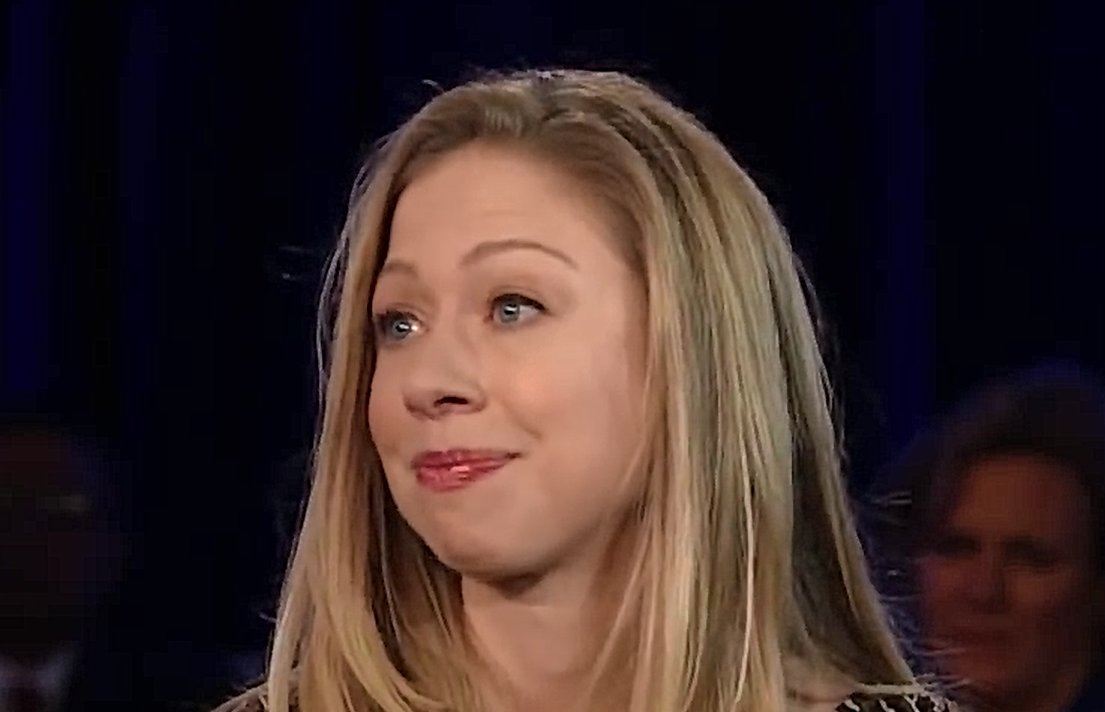 President Trump took some criticism last week for having his daughter Ivanka briefly sit in for him at a meeting at the G-20 summit.

The President fired back at critics saying that if it were Chelsea Clinton and not Ivanka, the media would have no problem with it.

“If Chelsea Clinton were asked to hold the seat for her mother,as her mother gave our country away, the Fake News would say CHELSEA FOR PRES!” he tweeted.

If Chelsea Clinton were asked to hold the seat for her mother,as her mother gave our country away, the Fake News would say CHELSEA FOR PRES!

“When I left Conference Room for short meetings with Japan and other countries, I asked Ivanka to hold seat. Very standard. Angela M agrees!,” he also tweeted.

When I left Conference Room for short meetings with Japan and other countries, I asked Ivanka to hold seat. Very standard. Angela M agrees!

Chelsea responded to Trump on Monday tweeting, “Good morning Mr. President. It would never have occurred to my mother or my father to ask me. Were you giving our country away? Hoping not”.

Good morning Mr. President. It would never have occurred to my mother or my father to ask me. Were you giving our country away? Hoping not. https://t.co/4ODjWZUp0c

Trump is right. The “fake news” would not have a problem with Chelsea sitting in for her mother as some did with Ivanka. But the conservative media would have. And this is the biggest problem with politics today. When it comes to outrage, it’s ALL fake.

We’ve all seen those “man on the street” segments where an interviewer asks folks about their thoughts on the policies of a particular politician and the answers are usually very definitive and passionate. The problem is that the interviewer switched the policies of the politician in question with one from the opposing viewpoint proving that the opinions expressed were never about the policy but their personal feelings about the individual. Because, when it comes to politics, nearly everyone is a fake.

A lot of political outrage appears to be fake. One’s level of outrage has little to do with the action and everything to do with the perpetrator. You couldn’t care less about what was done, you simply don’t like the person who did it.

According to The Guardian, Maxine Waters said that it didn’t make sense that Ivanka was at “a very important meeting that she knows nothing about. She cannot in any way deal with those members who are there representing those countries. She doesn’t know anything about these issues.” Would Jesse Watters have a similar opinion on Chelsea?

From so-called women’s rights groups calling for the boycott of Rush Limbaugh for remarks made about Sandra Fluke while remaining silent on the vicious attacks against Sarah Palin to supposed civil rights groups ignoring all attacks against black conservatives, phony outrage has been a staple of left-wing politics for years. Just say you don’t like Rush Limbaugh or black conservatives. Don’t pretend to be feminists or civil rights activists.

Imagine if Paul Ryan and not Harry Reid had said that America was ready for Barack Obama to be president because he was a “light-skinned” African-American “with no Negro dialect, unless he wanted to have one”? Al Sharpton would still be marching down the street.

Imagine if Ted Cruz and not Bernie Sanders had written an essay years ago about women fantasizing about being gang-raped and men fantasizing about oppressing women and forcing them into doing degrading sex acts. There would be no Senator Cruz but Bernie went unscathed.

Do to the level of professional protesters and grievance groups, the idea of fake passion and phony outrage for political expediency has been dominated by the left. But it is not exclusive to the Democrat party. Unfortunately, the poison that is phony outrage has been on the rise within the ranks of the Republican Party and conservative Americans.

If Chelsea Clinton had sat in for her mother at a g20 summit, conservatives would be calling out the inappropriate move as conduct unbecoming of a president. And it would have nothing to do with letting Chelsea sit in on a meeting.

Before expressing your heart felt opinion of political matters, always ask yourself if you would feel the same way if the parties were reversed.