If We Are All Going to Die Soon Due to Climate Change, Why Are Our Drought Levels at Near Record Lows? 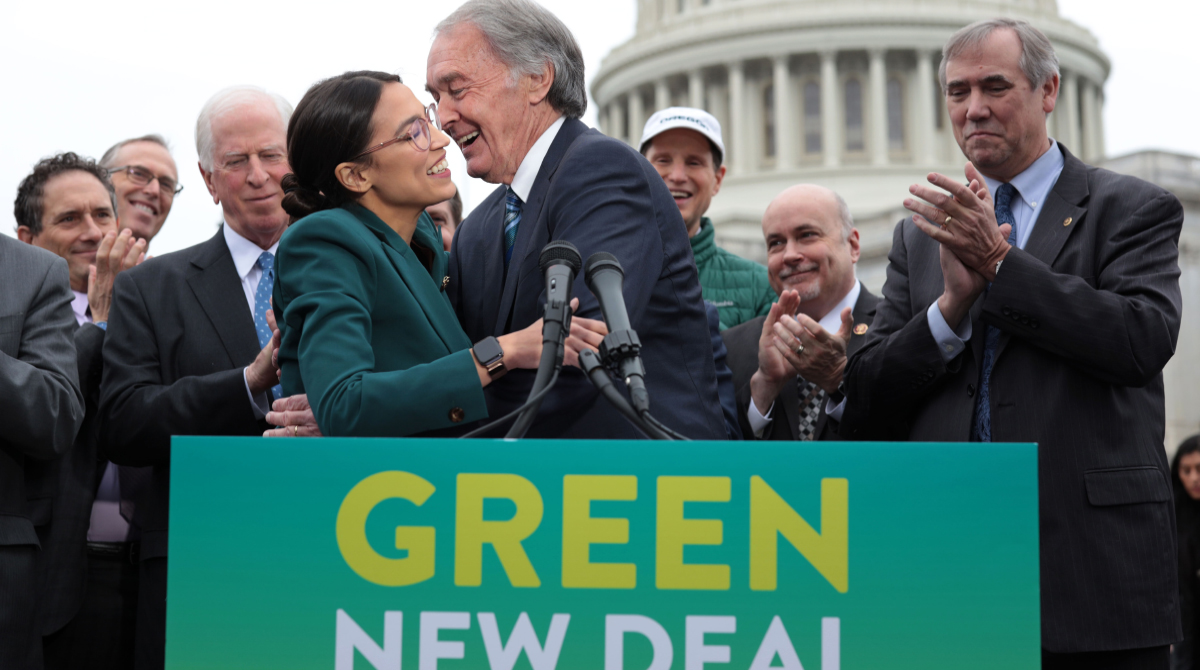 There has been a lot of media attention lately on how the human race may be imperiled because of Climate Change, even as everyone has completely ignored some extremely good environmental news. Rep. Alexandria Ocasio-Cortez, an author of the much-mocked “Green New Deal,” even suggested we may only have 12 good years left. While last Friday, many students went on strike from school to call for urgent action on the changing climate, a development which they believe will doom their futures.

It is an article of fervent faith among almost all climate scientists, liberals, and members of the mainstream news media that the earth is getting rapidly and dangerously warmer due to climate change. If you do not accept this reality, you are, at best, a dumb person who is a “denier” of science, or, even worse, a bad person who wants us all to die in order to protect your right to use a gas-guzzling automobiles and airplanes.

As a natural skeptic who always requires proof of any dramatic claim, and who doesn’t blindly accept the conventional wisdom when there are rational explanations for why even intelligent people might be getting it wrong, I have never been convinced that catastrophic man-made “Global Warming” is real. While extremely open-minded to the possibility, I have always found the evidence and arguments on behalf of this theory to be severally lacking (partly because whenever someone’s primary debate points are “the argument is over,” “everyone smart believes it,” or “you are bad or dumb if you don’t,” I am immediately extremely suspect).

The primary data point on behalf of “climate change” is that the last two decades have allegedly been the hottest on record, with 18 of the 19 hottest years “ever” occurring during that time period. If that is true, then obviously it is indeed profound evidence that the globe really is quickly warming, even when you factor in that the remotely reliable temperature record—about 140 years—is minuscule in comparison to the life of the earth.

But the problem I have with the temperature data is that it has been accumulated in vastly different ways over our modern history. Human population has exploded into new corners of the globe in recent decades, and satellite technology has radically altered the way that the “global temperature” is accumulated (I get that climate scientists have accounted for this problem in their calculations, but there is clearly the opportunity for human error/bias to have an impact, especially when, percentage-wise, we are talking about very small variations in the average temperature).

Consequently, for several reasons, I have always focused on drought statistics to see if they are consistent with a significant increase in temperature. What I have found, both here in California (which, as late as mid-2016, our former Governor Jerry Brown was claiming to be in a “permanent drought” due to climate change) and around the world, literally couldn’t be less in line with what you might expect if the earth really has been getting dramatically warmer.

While I fully accept that warmer temperatures could theoretically decrease drought in some areas due to enhanced heat-fueled hurricanes and thunderstorms, it goes against basic common sense for at least some increased drought to not follow an extended period of record warming. That is especially the case here in California, where there are no hurricanes and almost no thunderstorms, and where the horrendous wildfires of last fall were universally blamed on “global warming” (“conservative” columnist Max Boot, in a classic act of virtue-signaling, even announced that he was no longer a “climate skeptic” because of the wildfires).

In my view, any objective look at the extensive and extremely reliable drought data that we have for California, the totality of the United States, and the earth as a whole, raises very serious questions about whether the conventional climate-change wisdom could theoretically be rather flawed. The weirdest part is, considering that water is literally the lifeblood of our existence, the news media has strangely ignored a flowing river full of really good news on this issue, especially during this current winter.

Based on just released data, California, barely over three months removed from those wildfires (which, it should be pointed out, could not have happened just one week later because that’s when the rainy season began) is in extremely good shape when it comes to drought. For the first time since 2011, 0% of the state is currently considered to be at any level of “drought” and its overall drought rating is a measly 7, compared to its all-time high of 440 back in 2014 (to be clear, this isn’t mere “weather” we are talking about here, the statistics are seasonally adjusted and it often takes years for them to reflect a major change in an area’s drought status). Even more critically, the snowpack in the state’s key mountain ranges, which is critical for our water supply, is way above average for this time of year after a record-breaking February.

There is equally good/relevant news for the rest of the incredibly vast and geographically varied United States when it comes to drought. Currently, only 6% of the USA is in any of sort of drought (almost all of it is at the lowest level), 81% of our land mass is “not dry,” and the overall drought rating is only 28, which is very nearly a record low for the two decades for which detailed records are available (the lowest USA rating was 23 in 2017, while the highest was 185 in 2012).

It is interesting to compare the USA to where we were at the start of 2000, when these records began. Then, 19 percent of the nation was at some level of “drought,” 57 percent was “not dry,” and the overall rating was 70. Does it not seem awfully strange to anyone else that, after supposedly enduring 18 of the 19 hottest years ever, our drought situation has actually significantly improved?

In case you don’t think the USA is representative of the world as a whole, just take a look at the graph of global drought based on 70 years of scientific data. It could not be more consistent or predictable, with drought levels going and down in a clearly cyclical and controlled pattern, with the earth currently slightly wetter than the baseline/average for the last 70 years, which just happen to perfectly coincide with the era of human behavior which is supposedly causing catastrophic climate change.

Can someone, instead of pelting me with insults for simply asking the question, please explain how this is at all consistent with a significantly warming earth?

Of course, the beauty of the case on behalf of climate change is that literally every possible outcome is automatically presumed to prove what those behind it already strong believe (this is called a “circular argument,” which used to be a strong sign there was a dangerous defect in one’s theory). Not surprisingly, the attempts to answer my significant question have previously resulted in hypocrisy and contradiction.

Like something out of The Onion parody website, in the rather dry year of 2013, The Guardian, in a series of reports arrogantly titled “Climate Consensus,” declared that “global warming” would “intensify droughts.”  Then, in the wetter year of 2017, the exact same news outlet, in another “Climate Consensus” report, warned that “global warming” is “increasing rainfall rates.” (To be clear, the data gives no indication that somehow massive flooding and horrendous dry periods are magically cancelling each other out, as even here in California the drought was washed away via dozens of normal rain events, and not just a few catastrophic mega-storms.)

If this debate was really nearly as resolved as those in favor of the fantasy-laden “Green New Deal” would have us believe, wouldn’t we at least be able to get a straight and sensible answer regarding this topic? Regardless, we should all be rejoicing that, at least on the all-important drought front, there is no sign that we are all going to die anytime soon.