To Persuade Conservatives 'Global Warming' is Real, Read This
Opinion

If Liberals Really Want to Persuade Conservatives ‘Global Warming’ is Real, They Need to Read This 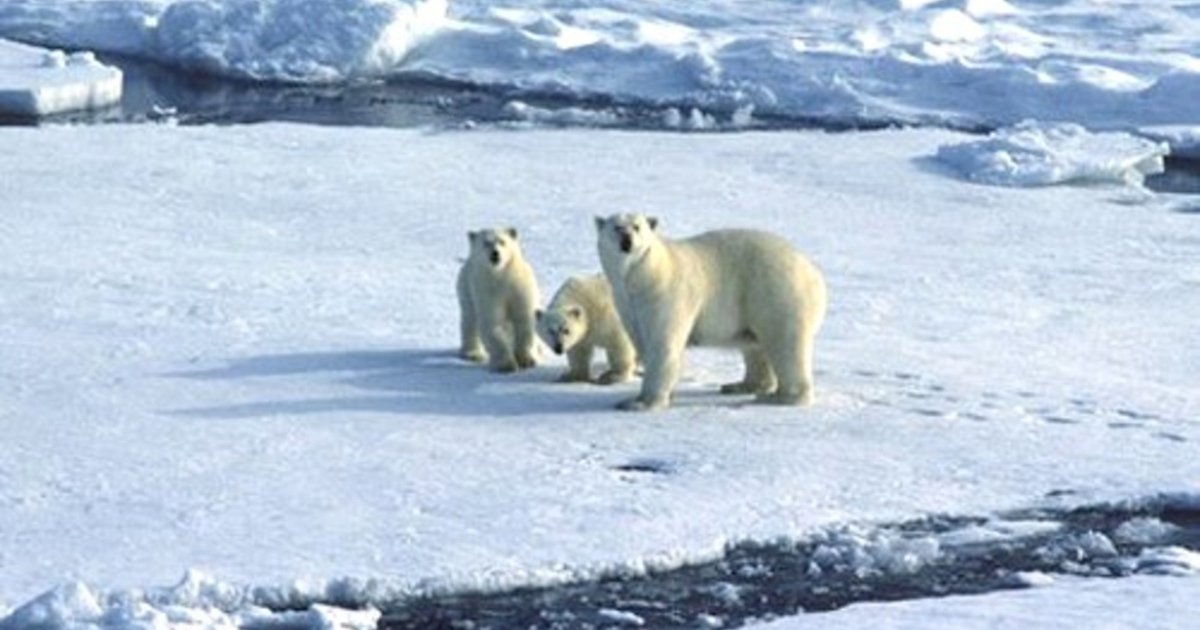 A new bombshell report from the United States government has been released on the issue of “Climate Change,” which says that we are all soon going to be destroyed by the impact of rising temperatures. Liberals and the media have, predictably, pounced on the findings as vindication of their already religious-level belief in the concept.

Meanwhile, conservatives, slow to fully accept the predictions of doom, and President Trump who is overtly disdainful of them, are openly ridiculed by the establishment as being anti-science and, frankly, at best, just plain dumb.

I come at this issue from a fairly unusual position. For instance, as a highly-educated conservative who loathes Trump and the anti-intellectualism which has overtaken the Republican Party since his successful 2016 coup, I am extremely open to the idea that our climate is changing considerably, and that man may play a significant role in that development.

Adding to this predisposition to accept that science is very real, and that scientists are generally to be trusted, is that my grandfather was a fairly renowned “rocket scientist.” To top it off, it was his stubborn unwillingness to accept the scientific conventional wisdom which probably saved our space satellite program from some serious setbacks.

To be clear, I am not suggesting that this genetic background gives me some special insight into the validity of climate science. Obviously, it does not. But this heritage does makes me very accepting of any science-based argument which is grounded in logic and evidence.

Despite all this, I must admit to something which, if I was part of the media’s club of “cool people,” would get me kicked out faster than anything other than overt racism or sexism: I do not currently believe that the case for catastrophic man-made Global Warming/Climate Change has been convincingly made. In fact I am offended by the extreme arrogance of those who routinely act like holding such a position is akin to committing blasphemy against some sort of new-age religion.

If the proof is so damn overwhelming, then why not just persuade us conservatives with the facts? Contrary to liberal perception, there actually are some sound reasons for the reluctance of many conservatives to buy into cataclysmic climate scenarios.

Here are ten of them…

A dramatic change in branding: When the name got altered from “Global Warming” to “Climate Change,” it felt like we were being scammed and that, because it was still getting very cold in all the places where it should be, liberals simply needed a re-branding which gave them more flexibility. Suddenly, every possible negative weather event could be safely placed under the umbrella of “Climate Change,” and there was no longer any way to disprove the theory because, get this, when it gets too cold that’s also evidence of “Climate Change”!

The climate has always changed: Each summer my family goes to Yosemite National Park where we stay in the valley which was created by a glacier, and which melted well before man could have had any impact. Weirdly, this dramatic cooling and then warming did nothing more detrimental to the environment than create one of the most beautiful places on earth.

The data pool is highly overrated: Climatologists tell us all the time that the last few years have been the hottest on record, as if we have been calculating a global temperature in the same fashion since the dawn of man. But we only have a little more than a century’s worth of actual temperature data against which to compare. Even then, the data is deceiving because we have only been calculating a “global temperature” in a precise way for, at most, about a generation thanks to extraordinary advances in technology caused by the space program. That short span is the blink of an eye in terms of climate, which has historically changed over hundreds if not thousands of years. While not a perfect comparison, no one would ever think they could predict where the stock market will be in twenty years based on just a few days of trading.

Weather/climate hypocrisy: Whenever it gets unseasonably cold and a nonbeliever points this out (like President Trump did regarding this year’s chilly Thanksgiving), it is correctly countered that this kind of thinking is illegitimate because “weather” and “climate” are not the same. However, invariably, whenever unusual weather-related events occur (like the recent wildfires here in California [which in my view had nothing to do with “climate change”], and the two devastating hurricanes which hit the southeast earlier this year), this incredibly important winter-time distinction is suddenly conveniently forgotten. It becomes okay to cite climate to explain weather.

“The debate is over” argument: The worst way to get conservatives to believe in something is to tell them to shut up and just accept what liberals are telling them because it is so obviously true that there need not be a debate about it. Especially when this conviction is based on the fact that a bunch of academics and major media members, groups made up almost entirely of liberals, have nearly unanimously decided what that truth is, and that literally no one else should even be allowed to publicly question that. Saying “the debate is over” is essentially invitation for debate.

Confirmation bias and conflicts of interest:  A large part of why the “shut up and go along” tactic fails so spectacularly here with conservatives is that those making that case have obvious conflicts of interest. Climatology is FAR sexier and more lucrative for everyone involved if it is the source of a global doomsday scenario. The entire “industry” is now so invested in this prediction being true that it is perceived as career suicide for any established person to dare to buck prevailing wisdom. When you add to this the fact that, surely by pure coincidence, the solution to this massive and imminent problem sounds like an excuse for implementing global socialism, and it’s no mystery why conservatives won’t blindly go along.

Over-the-top predictions that never seem to come true: Whether because of a desire to create attention for the topic by grossly exaggerating, or because they are just, oddly, really bad at predicting the very future about which they are warning, the forecasting record by the Global Warming/Climate Change people has been mostly horrible. They will tell you that the data indicating increasing temperatures in recent years is a fulfillment of their prophecies, but it is theoretically possible that there is a warming bias in the way that data is being accumulated in this now very modern technological era.

Where is the real world impact?: As Walter Mondale famously asked of Gary Hart (via a then-famous Wendy’s commercial), “Where’s the beef?” If the climate is obviously changing so rapidly, why aren’t we seeing clear-cut deviations from what we are used to? As a golfer, if The Masters tournament, held in Georgia the second week of each April because that is the prime of spring, is forced to move to March because of the warmer temperatures, then I will be an instant believer. However, until then I need something more than just biased reports on the seemingly ever-changing state of the polar icecaps.

Doom is always just far enough away: History has shown us that there is very little downside to someone claiming that, unless we listen to them, we are all doomed (it’s literally a “can’t lose” prediction!). The key to this gambit is for the prophecy of disaster to be far enough away so that, if it doesn’t happen, then people will have forgotten all about it, and the person who made the false claim either dead, or at least retired. Many conservatives are highly cynical about the fact that predictions in this realm just happen to always fit perfectly into “we have to act now while I am still relevant, or else we will all die right about the time I am no longer around to be held accountable if that doesn’t actually happen” category.

Can/should anything be done anyway?: This may be the toughest issue for conservatives to get past. The globe is so large, and we in the United States are such a relatively small part of it, that, even if we destroyed our own economy in an effort to combat the alleged problem, it sounds like we couldn’t even make a real dent anyway. Then there’s the part of this which no one ever talks about; some warming of this earth would have many positive effects and, up until a point, may actually be an overall net positive (which may be why this most recent report went WAY beyond any other by predicting a seemingly ludicrous 11 degree increase in temperature over the next 80 years).
—
That’s just ten reasons why there is skepticism on the right, and why liberal efforts to quash that skepticism continue to fail.