In Flurry of Campaign News, Nearly All the Cards Turn, Predictably Against Trump
Opinion

In Flurry of Campaign News, Nearly All the Cards Turn, Predictably Against Trump 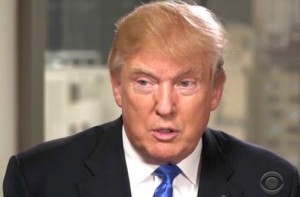 One of the hallmarks of this unprecedentedly insane (and yet, oddly, ultimately predictable) presidential campaign is that events which would have been massive news stories in prior cycles have gone almost unnoticed. For instance, remember when a major newspaper published nude/lesbian photos of Trump’s wife, apparently with his approval, two days in a row? Remarkably, neither does hardly anyone else.

Similarly, the flurry of news in the last few days has allowed several campaign stories to effectively go, at least so far, without a full “hearing” in the news media. Here I will attempt to catch up on many of them with some random thoughts and analysis.

In the wake of Trump’s unsurprisingly disastrous debate performance, he became obsessed with former Miss Universe Alicia Machado and bogus online polls showing him winning a debate he clearly lost. As damaging as that was (at least to non-Trumpsters), those misguided rants may have actually protected him, at least temporarily, from even worse news.

Most amazingly, a cover story in Newsweek outlining the case that Trump’s organization had broken the Cuba embargo in order to investigate the possibility of a golf course in the land of Fidel Castro barely registered on the major media radar in comparison to its potential political impact.

A Republican can simply not win a close race in Florida without strong support from anti-Castro Cubans there. If this story, which was not remotely even denied substantively by the Trump campaign, gets traction within that community, even with the recent U.S. policy softening towards Cuba, it is very tough to see how Trump survives there. Of course, without Florida, he cannot possibly win the election.

Also overshadowed (at least until today when the New York attorney general took action to shut it down) by the Machado insanity was the remarkable revelation that the Trump Foundation, which has already been exposed as an outrageous fraud by the Washington Post, wasn’t even legally certified to accept donations. It was bad enough to learn that Trump used other people’s “charity” money to buy himself absurd things and fund lawsuits against his enemies, but now, it appears, the organization doesn’t even pass the most rudimentary standards of legitimacy.

Then came the “bombshell” from The New York Times, which had apparently been mailed a tiny fraction of Trump’s 1995 tax return. Those documents revealed that he had taken almost a billion dollar loss that year. While the Times has come under attack from some corners as having an agenda against Trump (which they clearly do, but not without legitimate reasons), it seemed to me that the way they portrayed the story was actually as “favorable” to Trump as possible.

Based on seemingly nothing but educated speculation, the Times framed the tax revelations as effectively an explanation/excuse for why Trump may, quite legally, not have paid any federal income taxes for the most of the past two decades. While that is an interesting and potentially relevant (if true) focus, the Times actually buried their own lede.

Based on what we currently know for sure to be true, the story really should have been, “Trump’s Enormous 1995 Financial Loss Discredits his Business Narrative, Raises Charges of Hypocrisy, and New Questions about His Refusal to Release His Taxes.”

Here is a guy who is running for president solely on the mythology of his business record and yet he doesn’t even release his taxes (even when he could now humiliate The New York Times by doing so if their presumptions were false), all while routinely mocking others on Twitter for not paying enough in taxes to the federal government. At least so far, the news media is actually letting Trump off the hook a bit over what little we have learned so far about this issue, though it is certainly very likely to come up again at Sunday’s next debate.

Weirdly, the very best moment for Trump in the last week came with the release of a videotaped deposition of him in a lawsuit against him, which was made public, supposedly, against his team’s wishes. As a “Never Trump” conservative who has actually been searching in vain for over a year for a version of Trump that I could find remotely acceptable as president, this particular species (calm, understated, thoughtful, etc.) was actually as close as I have found. Similarly, I also thought the dustup over Hillary Clinton’s “secretly recorded” comments about Bernie Sanders supporters living in their parent’s basement to be completely overblown and actually made me feel slightly better about her impending presidency (hey, at least she seems to believe that a president really does need the approval of Congress to do big things!).

On Sunday night we learned that NBA superstar LeBron James has wholeheartedly endorsed Clinton. I see this as almost the inverse of the story of Trump violating the Cuba embargo. It certainly seems very tough (despite recent polls showing him ahead there) for Trump to win Ohio now. Currently the Republican governor there is not helping him with turnout, and now James, by far the most popular person in the state and fresh off of bringing Cleveland their first championship in most of the population’s lifetimes, is helping Hillary get key demographics to the polls. At the very least, since Ohio is an obvious “must-win” state, this will at least require the Trump campaign to keep putting valuable resources there. I also see this endorsement by James as further opening the floodgates for big-time celebrities to feel more comfortable being totally open about supporting Clinton.

Finally, on Monday, in addition to the ruling on his bogus foundation, Trump also got hit with another Newsweek investigation which exposes further hypocrisy on his key issue of protecting American manufacturing jobs, specifically against China. Should this story get the play that it would seemingly deserve, how Trump could make a comeback in the nearly must-win state of Pennsylvania, or the even tougher sell of Michigan, would be impossible to comprehend without a “game-changing” event of enormous magnitude.

In short, what we are seeing should be the beginning of the end of a Trump campaign which is still viable enough to win 270 Electoral College votes. But if/when that reality finally becomes abundantly clear to a news media (especially the “conservative” variety which is currently invested in him) very understandably hesitant to declare the “magical” Trump dead, I really hope we won’t have to endure a bull-crap narrative about how the events of the last few days finally started to bring this national nightmare to an end.

The reality is that none of what we have learned in the last week is remotely surprising and it was all far too easily predictable. All that has really happened is that dealer at the election casino has finally dealt a series of cards from a deck fully “stacked” against Trump by his own complete lack of qualifications for the job. None of this is the fault of liberal media bias. The blame belongs solely on Trump and his many enablers in the “conservative media” during the primaries, who were either too stupid to see the inevitability of all off of this, or too damn corrupt to care.

— —
John Ziegler is a nationally-syndicated radio talk show host and documentary filmmaker. You can follow him on Twitter at @ZigManFreud or email him at johnz@mediaite.com.