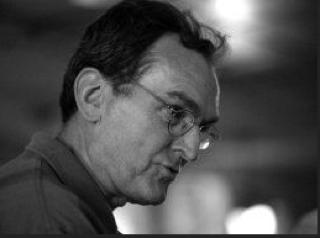 John Derbyshire is likely best known as a contributor to National Review, though he became the target of intense revulsion this weekend for something he wrote elsewhere– at Taki Mag, Derbyshire decided to share the “talk” he had with his children about race. In short, his piece argues that all white children should be taught that black people are dangerous, unintelligent and to be avoided at all costs.

The idea of the piece is that many black people have written about something called “the talk”– the point at which they explain to their children how their skin color can put them in danger because non-black people can often assume that they are criminals, and that they must walk on eggshells when it comes to being stopped by police, carrying things in their pocket, and other seemingly innocuous activities. Derbyshire posits there is a “white version” of this talk, that involves the parent teaching their kids to be horrifically racist:

(10e) If you are at some public event at which the number of blacks suddenly swells, leave as quickly as possible.

(10f) Do not settle in a district or municipality run by black politicians.

(10g) Before voting for a black politician, scrutinize his/her character much more carefully than you would a white.

(10h) Do not act the Good Samaritan to blacks in apparent distress, e.g., on the highway.

(10i) If accosted by a strange black in the street, smile and say something polite but keep moving.

(11) The mean intelligence of blacks is much lower than for whites. The least intelligent ten percent of whites have IQs below 81; forty percent of blacks have IQs that low. Only one black in six is more intelligent than the average white; five whites out of six are more intelligent than the average black. These differences show in every test of general cognitive ability that anyone, of any race or nationality, has yet been able to devise. They are reflected in countless everyday situations. “Life is an IQ test.”

The remarkably long list of how to teach children to stay safe by avoiding black people goes on for two pages and Derbyshire contends is a true lifesaver. There is no irony or clarification that, perhaps, this is a joke, no matter how much you may want to find a disclaimer after you’re done reading.

The backlash has been so wide as to be as close to universal as a disjointed media can put together.Maureen O’Connor at Gawker fears she fell into some sort of time warp: “It’s baffling—how can such an ill-conceived work of unadultered racism exist in an ostensibly modern magazine? So racist it would make more sense at a Klan rally than in a publication funded by an eccentric cocaine-addicted socialite?” At Forbes, Josh Barro argues that, without firing Derbyshire, it is near impossible to take serious any of the National Review‘s commentary on race (he cites in particular an article by Rich Lowry), since they apparently think someone like Derbyshire is worth publishing. Elspeth Reeve at The Atlantic Wire tries to rationalize the fact that Derbyshire is a person with a career in writing things about the way the world works:
“The trick to pull off is how to give what those less enlightened readers want — and thereby secure their money either through subscriptions or contributions — while still maintaining an air of respectability. Think of how your PBS station always trots out the stars-of-the01970s concerts and River Dance whenever pledge drive comes around. That’s where Derbyshire comes in.” Dave Weigel responded with a dry post yesterday that he clarified today, that he was just as outraged as everyone else, but “if you’re going to have anti-black sentiment, would you rather have it dumb and exposed or would you rather have it subtle?”Matt Lewis writes in the Daily Caller, “In one fell swoop… he has done more harm to the conservative cause than any liberal ever could.”

And it hasn’t been only prominent people on the internet that have no ties to Derbyshire– a number of National Review colleagues have been unequivocal in denouncing the article, even though it did not appear in that publication. Senior Editor Ramesh Ponnuru answered simply “I know I don’t” to a Twitter user asking whether the National Review wanted to be associated with “racist trash” like Derbyshire’s article. Editor-at-Large Jonah Goldberg tweeted, “For the record, I find my colleague John Derbyshire’s piece fundamentally indefensible and offensive. I wish he hadn’t written it.” Editor Rich Lowry responded to the post on the National Review site: “Needless to say, no one at National Review shares Derb’s appalling view of what parents supposedly should tell their kids about blacks in this instantly notorious piece here.”

That makes the question not so much whether the National Review folks approve of this sort of overt and archaic racism– they go out of their way to state clearly that they don’t– but what they are going to do about it. This is not Derbyshire’s first infraction of the type, though it is the worst. And while, should he stay around and weather the storm, some of his previous questionable remarks don’t get the protection of being made in an obscure and often intentionally unsettling publication that has nothing to do with National Review. On that very site, Derbyshire mused that it was possible “some portion of America’s white elites welcome Hispanic immigration as a way of sticking it to American blacks. That portion, it is suggested, would prefer to have its lawns mowed by small, polite, brown people, rather than large, surly black ones, even if the price is the same in both cases.” This was an attempt to explain lax immigration laws. And then there are the things he has spoken rather than written, like “Among the hopes that I do not realistically nurse is the hope that female suffrage will be repealed.”

There are plenty of people on both the left and right– as far as opposing female suffrage goes, Ann Coulter quickly comes to mind– that say outrageous things for shock value or package what would otherwise be an intelligent and sensible opinion in a cable news-worthy soundbite. There is often a redeeming cultural quality to the way many of the media’s political titans jerk around the emotions of the masses like a yo-yo. One could argue that a good Lawrence O’Donnell rant is art. Derbyshire’s dangerously callous foray into racial polemic– one of many that have flopped, perhaps not so spectacularly– has no such value, only offense. Aside from the Weigel argument that “dumb and exposed” racism is better than subtle and palatable racism, it is difficult to find anything redeeming about such writing. And that Derbyshire has the sort of platform to dominate a (granted, holiday) weekend with how embarrassing his perspective on life is should serve as a sign to reevaluate how much influence he has in developed in the political sphere.