Is The American Dream A Hoax? 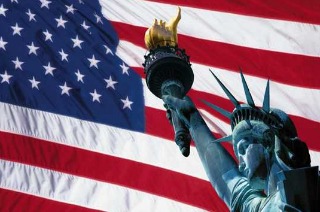 We Americans pride ourselves on the idea that in our country, a little hard work, determination and focus can make dreams come true. We compare ourselves with countries like India and England and scoff at their antiquated caste systems, claiming that here, in America, you can build yourself up from anything. We sell ourselves the idea of the “American dream,” both as a draw for immigrants and also for less-fortunate citizens, but how much of our reality isn’t reality? Is the American dream a hoax?

My parents were both born and raised in India and moved here a few years before I was born. Even with – some might say especially with – immigrant Indian parents, since my very first day of school in this country, I’ve been sold the ever-shining ideal of the “American Dream.” I was lucky: my parents were well-off and I always went to the best schools, first in the county, then the state, and ultimately, was able to attend NYU for undergrad and law school, without worrying much about the cost. My dad should have been a shining example of the “American Dream.” He came here after college and medical school, became an American citizen, worked his way up from minimally paying ultrasound tech jobs and was able to open his own cardiology practice before I was two. One key element of the “American dream” scenario was missing in my dad’s case, however: he came to this country with two degrees already in hand.

Let’s imagine a child born into a poor American family. The child can be white and male, to give him every possible advantage against future stereotypes. So, let’s start at beginning: Urban.org tells us that 31 percent of white children (and 69 percent of black children, if we were wondering) who are born into poverty continue at least half their childhoods living in poverty. So our hypothetical boy may make it out at some point, but he will likely spend at least part of his childhood destitute. The same study from Urban.org tells us that children who are born into poverty and spend multiple years in poverty have worse adult outcomes than their counterparts in higher income families. So, okay, even if he makes it out of the situation he was born into, the deck is already stacked against him. Let’s say he starts out doing moderately, even well, perhaps, in school. Of course, this will be hard because one study found that by the age of three, poor children are already at a significant disadvantage because they have just half the vocabulary of wealthier children. But even if he does do well at first, yet another study found that children in high-risk economic situations fall to the bottom of the class by the time they’re in high school. Not doing well in high school certainly won’t help our hypothetical boy into college, but even in the best case scenario, it’s likely that his family wouldn’t be able to afford it anyway. Let’s give him another boon and say he gets into a decent college. If his family can’t afford it, he’ll likely have to work, as well. Sure, working 20 hours or less can help your grades, but for a student like our hypothetical child, he’ll need to work full-time to support himself. Working more than 20 years a week, unfortunately, has a negative impact on college grades. Postsecondary.org found that only 11 percent of students from bottom-quartile income families graduate from four-year universities. So, if our hypothetical white, male boy surpasses all the hurdles he’s faced, even getting through the four years of college will be a challenge. Professional school, to get a degree like my dad’s, would seem like an impossible dream and for our hypothetical child, it would be. Without college, it’s unlikely that he will ever be able to get a job that pays enough for him to comfortably raise a family. Should he chose to have any children at all, the cycle immediately starts over.

What if he was black? Well, then, the statistics are far worse.

Many of the social programs the government puts in place, the same social programs Republicans disdainfully dub “entitlements”, are critical to our vision of the “American dream.” Contrary to popular GOP belief, welfare doesn’t assist people in being lazy, it gives them a hand they may not have had throughout the rest of their life. And an oft-forgotten fact is that welfare recipients are actually required to work, through programs like TANF, or Temporary Assistance for Needy Families. Welfare recipients also don’t rely on the government forever: 80.4 percent of people in the program AFDC, or Aid to Families with Dependent Children, receive welfare benefits for just five years or less. Government assistance programs might not be perfect, but where would our hypothetical child be otherwise? Perpetuating the cycle of American poverty, with absolutely no help, instead of at least, a little.

So, what’s the solution? Along with remembering that a hand up, is not, in fact, a handout, fixing the “American dream” requires changing the way we do everything, from putting more resources in place to help lower-income children in school to more flexible college education programs which can accommodate work schedules for all students. It requires including parents in the conversation, and helping more children be ready for school by the time they start. It requires treating and paying our teachers better so they can better support the generations of the future. It requires leveling the playing field for women and minorities and not turning a blind eye to the fact that right now, there are no “equal opportunities” in our country. Reinvigorating the true “American dream” also requires remembering that poverty for some is bad for all.

As it stands, the “American dream” that we sell ourselves nearly doesn’t exist. Is it impossible? Probably not, but with the current state of our nation, surmounting destiny’s odds is much harder than a little hard work, determination and focus.
—
>> Follow Anjali Sareen (@AnjaliSareen) On Twitter