Is This The Alleged ‘Hottie’ Reportedly Deported From Saudi Arabia For Being Too Damn ‘Handsome’?
Hottie?

Is This The Alleged ‘Hottie’ Reportedly Deported From Saudi Arabia For Being Too Damn ‘Handsome’?

Is This The 'Hottie' Reportedly Deported From Saudi Arabia For Being Too Damn 'Handsome'?
Twitter share button

Last week, before the actual news of the Boston bombings overtook the headlines, there existed a time when the Internet was abuzz over three men from Dubai who were allegedly deported from Saudi Arabia for being too “handsome” and causing a stir at a cultural festival in Riyadh. No one knew the identities of the men, but apparently the Daily News has revealed one of them.

The backstory is that during the annual Jenadrivah Heritage & Culture Festival, Saudi police stormed a booth manned by people from the United Arab Emirates and deported three of them for being too good looking — out of police fears that “female visitors could fall for them.”

Citing several other websites, the Daily News has identified Omar Borkan Al Gala as a likely suspect in the crime of being “too hot we had to be deported.”

On his Facebook “fan page,” the Dubai native posted a link to an article about the deportation, setting off speculation that he is one of the men involved. Naturally, this was enough for Internet to believe he was one of those handsome men.

And, of course, the buzz gave self-described “poet, actor, photographer” Borkan Al Gala the leeway to post photographs of himself (with conveniently placed credit stamps) for the ladies and media to swoon. 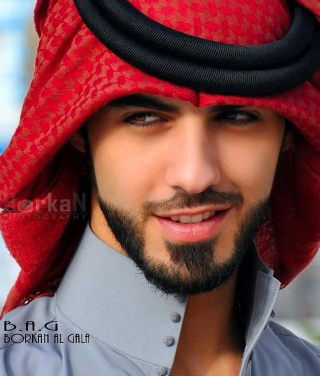 "Hey girl, I'm all sensitive for you." 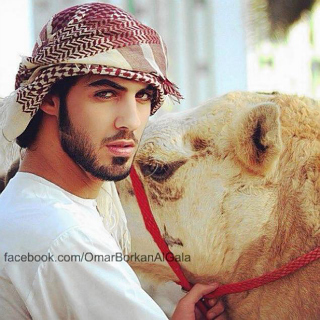 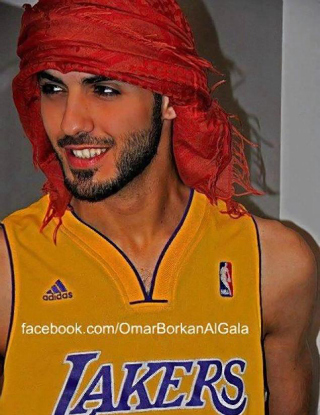 "Hey girl, I can look sensitive even in this baller jersey."

Oddly enough, this was one of the topics included in my recent appearance on an episode of Fox’s Red Eye. The show has yet to air because developments in the Boston Marathon bombing manhunt rendered the episode obsolete, but one suggestion brought up by the panel was to release the deported man’s photos and let the world decide: “Hot or Not?”

So Mediaite viewers, here’s your opportunity for Friday “fun.” Is this guy “hot” or not?