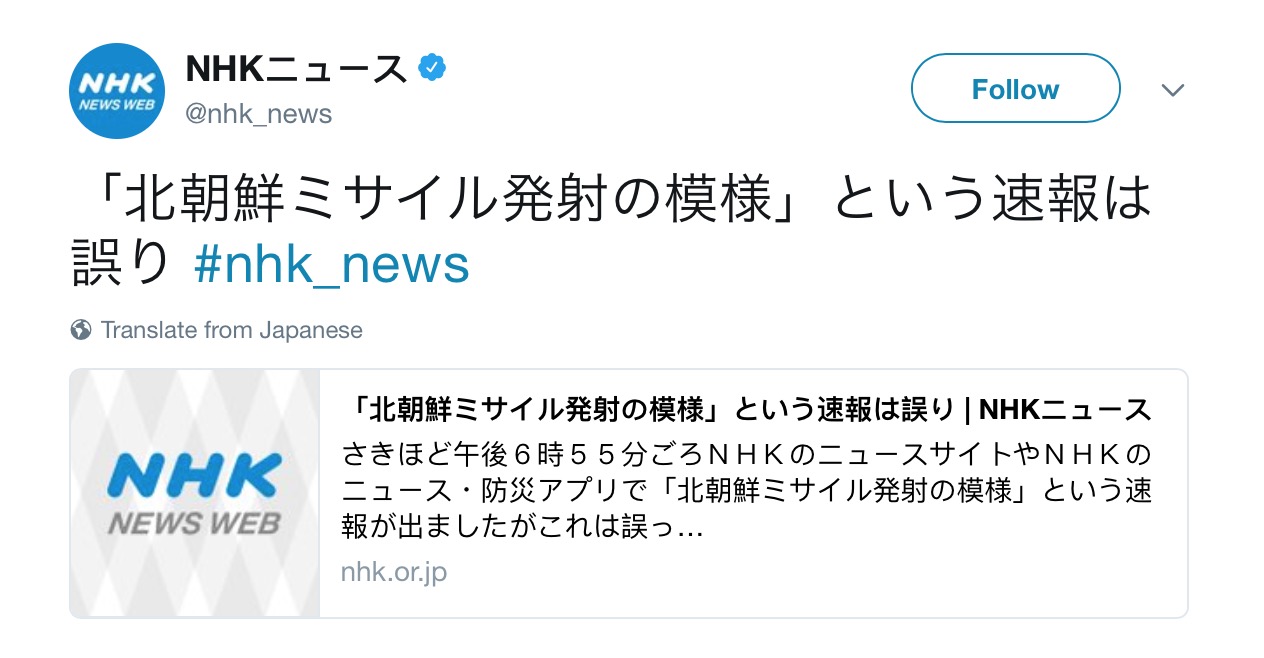 A false missile alert earlier this morning caused citizens of Japan to get a taste of the panic Hawaiians experienced over the weekend.

NHK News, a Japanese national broadcaster, raised the alarm on Tuesday when they warned the public of a new missile launch from North Korea. No such missile was launched, though NHK’s website and mobile subscribers received a notice advising them to get somewhere safe.

“North Korea appears to have launched a missile,” the alert said according to Reuters. “The government urges people to take shelter inside buildings or underground.”

CNN reported that shortly afterwards, NHK issued another statement where they apologized and said there was no news of any projectile coming from the Hermit Kingdom.

“The news alert sent earlier about NK missile was a mistake. No government J alert was issued.”

Even though NHK reportedly cleaned up the false alarm in minutes, this comes days after Hawaii’s Emergency Management Agency issued an accidental alert that a ballistic missile was inbound. The incident caused a 40 minute statewide panic, and federal officials are looking into the matter amid significant outrage over the system failure.