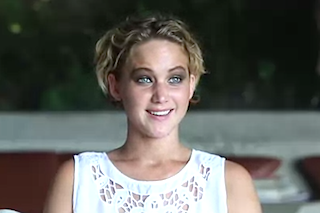 Actress Jennifer Lawrence broke her silence this month over the nude photo hacking scandal which she found herself in the center of earlier this year. But one portion of her comments that was left out of an initial preview of her current Vanity Fair cover concerned gossip blogger Perez Hilton, who reflexively posted the nude photos of Lawrence before responding to the backlash he received with an apology and their removal.

Following his decision to remove the photos from his website, Hilton tweeted this apology:

At work we often have to make quick decisions. I made a really bad one today and then made it worse. I feel awful and am truly sorry.

“Just because I’m a public figure, just because I’m an actress, does not mean that I asked for this,” Lawerence added in the interview. “It does not mean that it comes with the territory. It’s my body, and it should be my choice, and the fact that it is not my choice is absolutely disgusting. I can’t believe that we even live in that kind of world.”