Jihadists Use Internet Forums Much The Same As Everyone Else…Badly

Jihadists Use Internet Forums Much The Same As Everyone Else…Badly 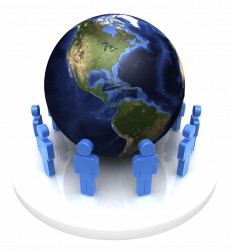 We’ve heard no end of how Jihadists, either here or abroad, have been radicalized through the Internet, particularly Internet message boards aimed at young Muslim men. A new study out from the Quilliam foundation called ‘Cheering for Osama’ looked specifically at the “ideological content of these websites…to show how pro-jihadist individuals interact on the sites’ forums in order to share religiously-framed justifications for violence, to organize a response to criticism of al-Qaeda and to plan outreach efforts in order to recruit others to violent extremism.” The results are interesting…to say the least. See if any of this sounds familiar.

Primary concern is attacking other Muslims The primary concern of forum users is to identify traitors and enemies to the Jihadist cause. As it goes without saying on Jihadist forums that the US, the UK, Israel and other western countries are enemies, much of the forum is focused on identifying enemies among people who are outwardly Muslims, for instance, those who support ṭāghūt, those who recognize or facilitate ‘un-Islamic systems’, those who have ‘abandoned their religion’ etc.

There is an absence of actual debate

Absence of real debate Compared to general English-language web-forums, Arabic-language Jihadist forums arer remarkable for their lack of real debate. Instead users aim to create an impression of unanimity, with dissenters being kicked off the sites and barred. This makes it harder for mainstream Muslims to use the forums to challenge supporters of Jihadist ideologies.

The self-sufficient Jihadist bubble that consequently exists within these sites not only serves as a safe space for like-minded Jihadist interaction, but also serves to safeguard Internet Jihadists against what they see as the many unsavoury or hostile aspects of the Internet, such as anti- Jihadist counter-messaging and news of physical Jihadist defeats on the battlefield.

What is sounds like is Jihadists use the Internet in basically the same manner that every other person who spends any sort of time on a particular message board or website comments section does. With different (thus far, sloppily executed) intentions, obviously. The Quillam report has a number of suggestions for dealing with the message boards including this:

Specialised staff should be employed and trained by Britain and other friendly governments to directly challenge the users of Arabic language Jihadist forums on the forum themselves. Such engagement can, for instance, discuss the religious justifications for Jihadist violence and hold online debates directly with jihadist on the validity of the terrorist violence through theology and through discussions of the practical consequences of such violence. While such interventions may not immediately change the minds of hard-core forum users, such public discussions will have an impact on users who are new to the websites or who are unconvinced about all the ideology propagated on them.

In other words fight hyperbole and paranoia with facts and reason. Probably something that could be applied in a lot of places. You can read the full report here.