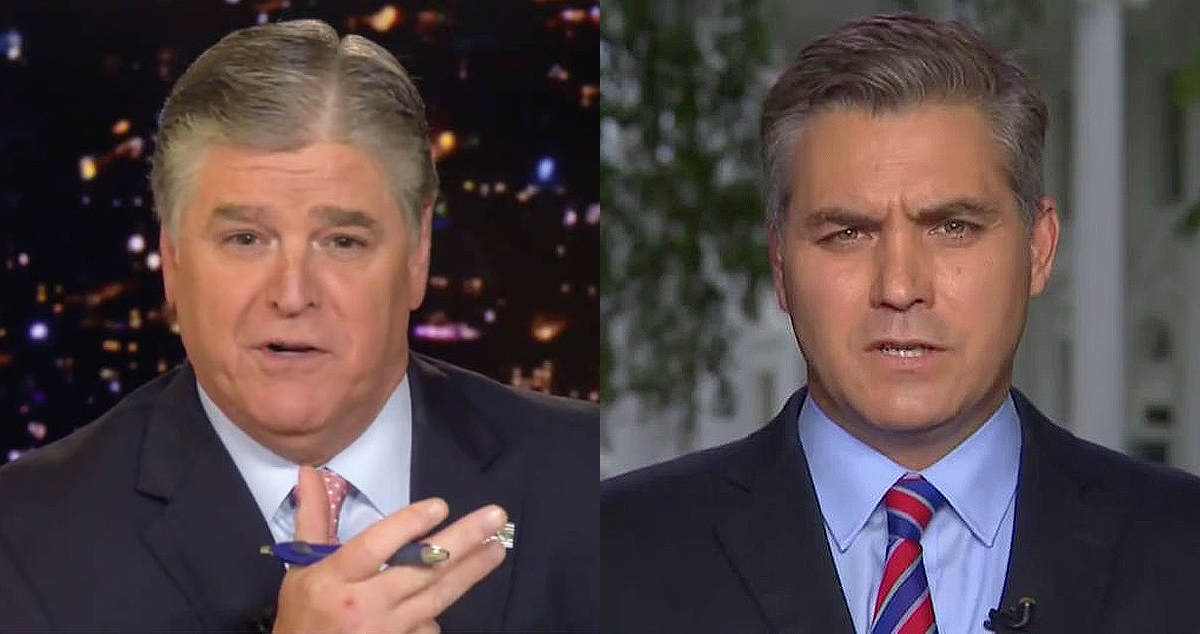 In yet another round of a media beef nobody asked for, Fox News’ Sean Hannity threw a gratuitous shot at the book sales of CNN White House correspondent Jim Acosta, who promptly challenged the machismo of Hannity for the second time in as many weeks.

The Great one Mark Levin #1 on the NYTIMES best seller list 4 Weeks in a row. Congrats Mark. #FakeNewsAcosta spent most of yesterday at over 500 on Amazon. #EpicFail. Sales were garbage his first week, no wonder his reps are begging to be on my shows.

Hours later, Acosta quote tweeted Hannity, mocking the latter’s habit of wearing reading glasses on air and claiming he didn’t have the “guts” to host Acosta on his show, all while employing his own not-a-real-thing hashtag: “#fauxmachoman.”

Somebody help Sean find his glasses. “The Enemy of the People” just made the NYT Best Seller List. Now if only Hannity had the guts to have me on his show. But we already know the answer to that one. #fauxmachoman https://t.co/GRTJYC2PIr

Acosta and Hannity have been beefing for more than a week, ever since Acosta taunted Hannity and his fellow Fox News primetime host, Tucker Carlson, as being guilty of “fauxmacho man bullshit for not confronting him in person about their media criticisms of his coverage. Hannity fired back on Twitter, saying Acosta was “BEGGING” to come on his show and adding, apparently without any intended irony: “Sorry, I wont subject my audience to conspiracy theory fake news.”

On Tuesday, Acosta responded, accusing Hannity of getting his talking points directly from the White House and saying Hannity and Carlson were too cowardly to “meet me on the schoolyard.”