Joe Klein Explains His ‘Victory For Socialism’ Comment On NY 26: I Was Mocking ‘Radical Republicans’ 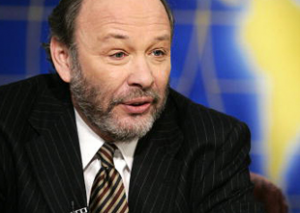 As the internets have likely been informing you, last night on MSNBC’s The Last Word, TIME columnist Joe Klein said the Democratic win in New York’s 26th District special election was “a victory for socialism.”

On Fox, the comments were covered without any suggestion Klein might’ve been kidding. And at Hot Air, Klein’s applauded for getting it right: “He’s crowing about Hochul’s big win and that’s irritating, so I feel obliged to rip on him — and yet, I don’t really disagree. Medicare is socialistic and the public might, might, be attached to it to the point where they prefer not to touch it even though that necessarily means a fiscal crisis sooner rather than later.”

Today, Klein’s explaining himself on TIME.com, and the gist of it is this: it was a joke, people. Klein says his intent was to mock “the radical Republican tendency to pin the S-word on anything” that involves government participation:

“My tongue was planted firmly in cheek–I was mocking the radical Republican tendency to pin the S-word on anything that involves government participation…and Medicare does happen to be a single-payer government health care program, a “public option,” as it were, for seniors. I made that clear in subsequent comments. This morning, Drudge is featuring my remark…unironically, of course. Can Rush and Beck be far behind? Of course not. To make myself perfectly clear: I don’t consider Medicare socialism. Unlike, say, the British system, the doctors aren’t public employees. They’re private contractors who get paid according to services rendered. That’s not socialism…although it wouldn’t be a bad idea to reform the program so that doctors are paid per capita rather than per service (as doctors are at the Mayo and Cleveland Clinics).”

Watch the segment here, from MSNBC: